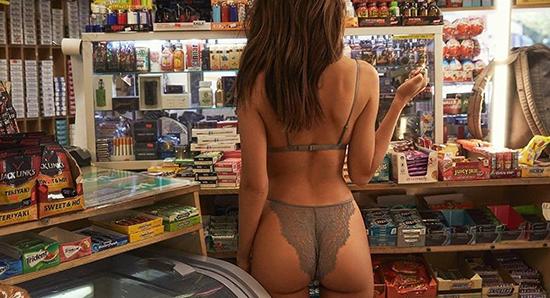 The model and actress flashed her physique in a rather uncommon environment.

Emily Ratajkowski, a 27-year old US actress and model, has been caught making some really revealing photos… in a grocery store.

Wearing only a set of her own Inamorata Woman lingerie line, Ratajkowski posed amid cola bottles, candies and cigarette cartons.

Her revealing outfit suggested “she wasn’t there for a pint of milk and a paper,” The Sun wrote.

A UK-born actress Ratajkowski first appeared in 2004 short film Andrew’s Alteration, following with 2005’s A Year and A Day. After an almost 10-year hiatus, she took to the screen again, and has been cast in four movies in 2018 alone.