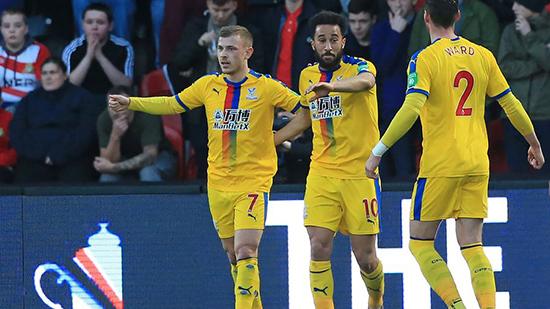 Roy does the Rovers at Keepmoat

Roy Hodgson equalled his best run in the FA Cup as his Crystal Palace side moved into the quarter-finals with a 2-0 win over League One Doncaster.

First-half goals from Jeffrey Schlupp and Max Meyer proved enough for Palace to win their fifth-round tie in Yorkshire.

Palace, the finalists in 2016, are one win away from a semi-final spot which would represent manager Hodgson’s best return in the knockout competition.

There may have been comfort in the scoreline, but the Premier League side had to work hard for their victory.

The Championship club had their moments, but ultimately could have few complaints after they struggled to consistently impose themselves on the fifth-round contest.

Wolves had not reached the competition’s last eight since 2003, but Nuno Espirito Santo’s team look solid bets to maybe go all the way to Wembley this season.

Swans come from behind against the Bees

Dan James inspired an amazing second-half comeback as Swansea reached the quarter-finals of the FA Cup with a 4-1 victory over 10-man Brentford.

The Bees controlled the first half to deservedly lead thanks to Ollie Watkins’ 28th-minute strike but Swansea equalised through goalkeeper Luke Daniels’ own goal before James, Bersant Celina and George Byers found their way onto the scoresheet.

Brentford’s misery was completed by the dismissal of Ezri Konsa and a yellow card for manager Thomas Frank following a touchline altercation with Swansea striker Oli McBurnie.

It was an incredible turnaround and one which Wales winger James – who almost joined Leeds on transfer deadline day last month – was right at the heart of.

James won the free-kick which went in off the back of goalkeeper Daniels, while his searing pace took him 70 yards to blast Swansea 2-1 ahead and he was also involved as Konsa was sent off. 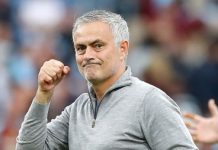