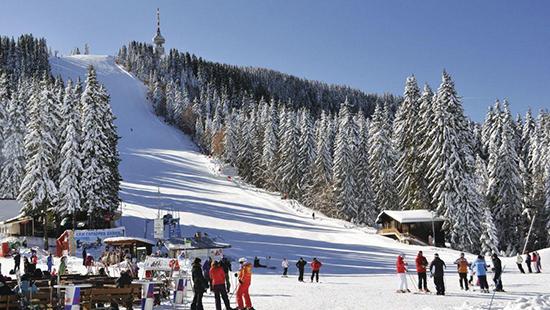 “Flight time from Istanbul to [Bulgaria’s capital] Sofia is one hour. The distance between Sofia and Pamporovo is covered in three hours. We have organized a campaign for groups of 10 or more on round trips [to Sofia],” Mehmet Gürkaynak, the director of the airlines’ Sofia office, told daily Hürriyet.

“There is no fee in transfers from Sofia Airport to Pamporovo. Bed and breakfast in five star hotels’ prices start from 45 euros. Ski passes are also free-of-charge for Turkish tourists,” he added.

Gürkaynak also said that skiing equipment and lessons are complimentary for those who purchase six-day package tours.

Sofia is highly demanded by Turks, according to the director and there are 18 current flights to Sofia in a week.

In the winter season of 2018, Pamporovo was accompanied by an influx of Turkish tourists, with numbers amounting to 15,000.

“Turkish tourists are our priority. Mainly Turks visit Pamporovo. There is such great interest in Turkish tourists that there is a teacher in a ski school in Pamporovo who knows Turkish,” said Marian Beliakov, the CEO of Pamporovo’s Ski Center.

Located in the heart of the Rhodope Mountain, Pamporovo’s ski slopes have a 60-kilometer-long ski track and over 60 hotels with a 7,000-bed capacity.

What makes Pamporovo quite unique among Eastern European ski resorts is its family-friendly atmosphere and first-rate ski schools for beginners.

While Pamporovo is suitable for beginners with its gentle mountain profile and rounded slopes and summits, Bulgaria’s other leading resorts, Borovets and Bansko, are best alternatives for intermediates and experts.

With increasing foreign demand toward Turkey’s winter havens, occupancy rates in hotels around skiing centers hit a record level of 90 percent in 2019.

Hariri Meets Aoun amid Reports of Near-Final Agreement on Govt.