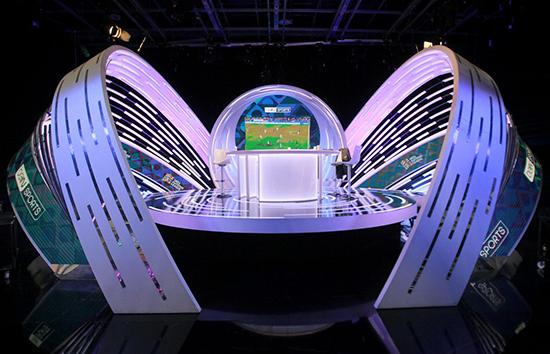 DOHA (Reuters) – Qatar wants to attract more sports companies to the Gulf state, aiming to develop a $20 billion sports sector ahead of the 2022 World Cup, a senior official said on Sunday.

Qatar Financial Center (QFC) – which licenses foreign companies, mostly in the finance sector, to exempt them from local ownership laws – aims to license about 150 sports companies by 2022, including around 25 this year, QFC’s CEO Yousuf Al-Jaida said at an event to announce the strategy. He did not give any names.

The drive to attract sports-related multinationals and facilitate the commercialization of sports-related services in the state is part of plans to become a regional hub for sporting events in the run-up to Qatar’s hosting of the 2022 soccer World Cup, he said.

This month FIFA established a joint venture in Qatar to help run the tournament.

“A lot of the value chain is moving to Qatar as we speak for the World Cup 2022,” Jaida said.

Qatar will this year stage the World Championships in Athletics, a biennial even organized by the International Association of Athletics Federations.

Jaida said QFC also aims to attract companies in areas such as Islamic Finance, fintech and media as part of plans to attract 1,000 companies across sectors by the time Qatar hosts the World Cup, up from about 600 at present.

Qatar is looking to draw foreign investment and diversify its gas-centered economy but faces a diplomatic and trade boycott launched by Saudi Arabia, the United Arab Emirates, Bahrain and Egypt in 2017. The bloc accuses Doha of supporting terrorism, which it denies.

There was no figure immediately available for the current value of sports investment.

Jaida said Qatar is also positioned to serve as an alternative hub to Dubai for regional markets like Kuwait, Oman, Turkey and Pakistan, where relations have grown stronger since the Gulf rift.

“We believe that due to the geopolitical situation some very interesting government-to-government relations have formed between Qatar and neighboring countries… (and) these can be target markets for companies wishing to do regional activities out of QFC,” Jaida said.