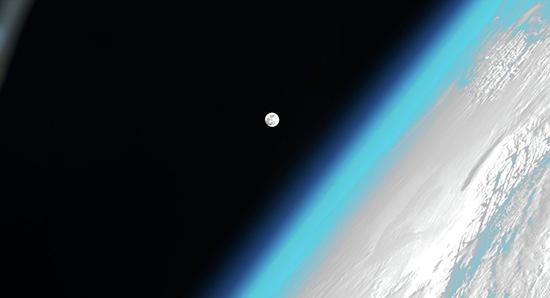 SOCHI (Sputnik) – The development of a “space yacht” capable of taking off from ordinary airfields to deliver tourists to near-earth orbit, is conducted in Russia with the support of the National Technology Initiative’s (NTI) AeroNet and SpaceNet working groups, chief designer of NPO Aviation and Space Technologies Alexander Begak told Sputnik.

“We have an opportunity to land on any airfield, the device lands like an airplane… We now calculate the optimal time for space travel, a comfortable flight path, because experience shows that people do not need to be in zero-gravity condition for as long as 10 minutes”, Begak said. The development of a suborbital unmanned spacecraft dubbed Selena Space Yacht began two years ago, he noted.

According to the designer’s idea, the vehicle will enter space at a maximum speed of 3.5 mach (2.685 miles per hour) to a height of 120-140 kilometers and will return back into the atmosphere at a speed of 0.85 mach.

A total of three “space yachts” will be created, with six passenger seats and one pilot seat each. Despite the fact that the spacecraft will be unmanned, the pilot will still be present for convenience of passengers.

“There will be a pilot inside, but he will not control the spacecraft. This is due to the fact that people should feel comfortable, knowing that there is a pilot on board, and after entering the atmosphere, he will congratulate the passangers on this event”, Begak said.

Earlier, the designer had already built unique devices, which, in particular, were exhibited at MAKS and Army aerospace shows. In just one month last year, Begak created Begalet HYPE, a device capable of flying, travelling by road and by water.