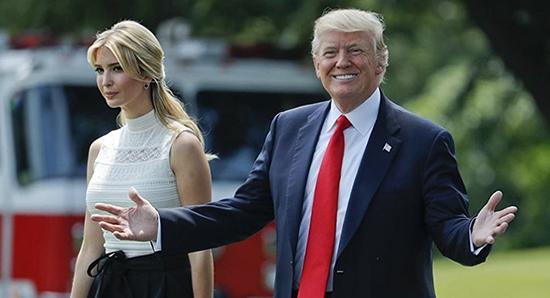 US President Donald Trump’s tough stance on immigration has won the day, as migrants amassed on the US-Mexican border have begun to turn back.

Thousands of migrants who came to US-Mexican border in massive organized caravans have begun to give up on entering US territory, faced with Trump’s tough stance and firm hand on controls at the border, a report by The New York Times says.

Some 6,000 immigrants have traveled to the US border, refusing Mexican offers for refugee status, in an attempt to get better living conditions. As the lurching caravan travelled across Mexico, multiple instances of child trafficking, drug smuggling and other criminal activities in the caravan were reported.

As Sputnik reported earlier, several formerly convicted and deported criminals attempted re-entry into the US, only to be caught by law enforcement.

Migrants’ dreams of getting easy access to a better life were shattered when faced with tight limits on the number of people who can apply for refugee status each day and a heightened standard of qualification, the Times says. A newly-introduced rule now demands that applicants wait in Mexico for the full duration of their legal cases, which in some circumstances can take years.

Since the first organized caravan reached the border in November 2018, some 1,000 migrants changed their opinion and eventually agreed to settle in Mexico, accepting work permits, while some 1,000 more agreed to be transported back to their native country by Mexican officials. Once packed with 2,500 people, the Barretal migrant shelter in Tijuana, Mexico, closed because it had shrunk to fewer than 200, the Times report says.

Mexican officials say the statistics seem to confirm that many asylum seekers are not really desperate for protection — a point repeatedly raised by Trump.

“What happened is that many people came on an adventure, trying their luck,” said Cesar Palencia, Tijuana’s chief of migrant services. “When they realized that it was hard to cross and the conditions in Mexico were also difficult, among many factors, they decided to return home.”

Migrants arriving at the border live in squalor, sleeping in tents and lean-tos. After a riot in the city of Piedras Negras, Mexican authorities had to disband a group of 1,400 Central American immigrants, according to a Wall Street Journal report. The influx of unwanted neighbors sparked violent responses from locals who reportedly assaulted and threatened the migrants

All the while, thousands of migrants — often whole families — attempt to enter illegally, taking advantage of gaps in a physical border barrier. On February 11, US Border Patrol agents apprehended a whopping 1,800 parents and children who crossed the border illegally — a highest recorded number of apprehended illegals on a single day.

On Friday, Trump declared a national emergency as a means of diverting funds from the Pentagon’s military construction fund to the construction of a border wall.

The White House said the national emergency would take about $3.6bn from the Pentagon’s military construction fund. The executive action will divert around $2.5bn from the Pentagon’s drug interdiction program and $600m from the US Treasury Department’s drug forfeiture fund, according to a report by the Guardian.

Trump sought to secure some $5.7 billion funding for the border barrier from Congress, but Democratic resistance to the wall, spearheaded by House Speaker Nancy Pelosi, resulted in the US president shutting down portions of the US government for 35 days. A bipartisan deal followed, securing $1.375 billion, a far cry from Trump’s overall goal.