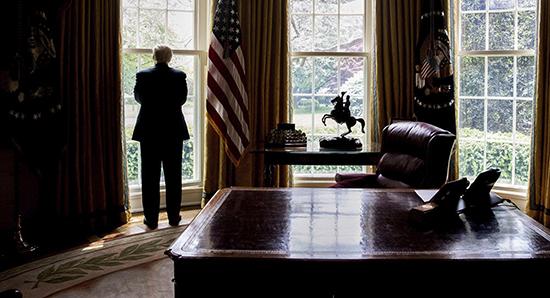 MUNICH (Reuters) – In 2009, then U.S. Vice President Joe Biden came to Munich to “press the reset button” with Russia. A decade later he came again to offer the world better relations, this time with his own country.

Promising that “America will be back” once Donald Trump leaves office, Biden won a standing ovation at the Munich Security Conference from delegates who find the president’s brusque foreign policy stance hard to like.

But their elation also exposed the weakened state of Western diplomacy in the face of Trump’s assertiveness, according to European diplomats and politicians who were present.

Biden’s successor, Mike Pence, was met with silence at a reception in the palatial Bavarian parliament on Friday evening after he delivered his signature line: “I bring you greetings from the 45th president of the United States, President Donald Trump.”

His four-day trip to Europe succeeded only in deepening divisions with traditional allies over questions such as Iran and Venezuela and offered little hope in how to deal with threats ranging from nuclear arms to climate change, diplomats and officials said.

Misgivings about Washington’s role in the world are being felt by ordinary people as well as foreign policy specialists. In Germany and France, half the population see U.S. power as a threat, up sharply from 2013 and a view shared by 37 percent of Britons, the Washington-based Pew Research Center said in a report before the Munich foreign policy gathering.

Asked about European anxiety over Trump’s leadership style, a senior U.S. official on Pence’s Air Force Two plane said the vice president’s Munich conference speech on Saturday at the Hotel Bayerischer Hof would “help give them a different perspective”.

But if the Europeans did not like the “America First” message, there was no concerted response to it. German Chancellor Angela Merkel was on her own after a last-minute cancellation by French President Emmanuel Macron.

That caused some to lament the failure of the West to uphold the rules-based international order that Washington itself championed in the 70 years that preceded the arrival of Trump in the White House.

“The tit-for-tat logic is unfortunately prevailing … I think that takes us back to the question of enlightened leadership,” said Thomas Greminger, secretary general of the Organization for Security and Co-operation in Europe, a security and human rights watchdog.

“We need leaders again who do not believe exclusively in short-termism,” he told Reuters.

It fell to China to aid Merkel in her defense of the post-World War Two order, as the country’s top diplomat, Yang Jiechi, spoke in flawless English for over 20 minutes about the virtues of open trade and global cooperation.

Pence’s message was, in fact, that the pillars of U.S. foreign policy were being rebuilt on a different foundation: isolating Iran, containing China, bringing American troops home and requiring European powers to fall into line.

After using a speech in Warsaw on Thursday to accuse Britain, France and Germany of trying to undermine U.S. sanctions on Iran, Pence called in Munich for the European Union to recognize Venezuelan congressional leader Juan Guaido as president over Nicolas Maduro, whom he called a dictator.

That drew an angry response from Spain’s Foreign Minister Josep Borrell, who said the European Union could acknowledge Guaido as interim president until new elections, in line with the Venezuelan constitution.

French foreign minister Jean-Yves LeDrian said he was mystified by U.S. policy on Syria after Trump’s decision to withdraw troops because it would only benefit Iran, which Washington wants to be tough on.

European diplomats and officials also took issue with Pence’s insistence that EU governments stay away from Chinese telecoms companies as they build the latest generation of mobile networks, preferring first to have an internal discussion about the potential risks and U.S. claims of Chinese espionage.

“U.S. pressure has a tendency to make us do the opposite. U.S. pressure is counterproductive. It’s best that they don’t try and pressure us,” a senior French diplomat said.

Whatever the threats, officials seemed to be mainly talking past each other.

In Munich, it’s Pence versus Merkel

“The narrative here at the Munich Security Conference is broken. They are talking about the right topics but in the wrong language. The mentality here is that security is only a national issue,” Naidoo told Reuters.

Leaving for Washington, Pence was unfazed, telling reporters his trip had been very successful. “We’re advancing the interests of the free world, and we’ve made great progress.”