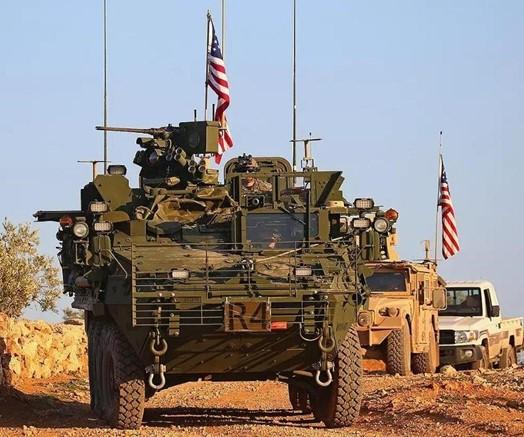 The trick will be how do we orchestrate that.

Most people in Lebanon think of US foreign policy as a coherent set of unwavering principles, transcending various administrations and lasting for decades. Actually, US foreign policy can undergo monumental shifts from one administration to the next, especially when they come from different political parties, Republican or Democrat. It can even shift from one term to the next for the same president, and even within the same administration, halfway through a term. Furthermore, Congress, and which party controls the House and Senate, can dilute or counteract what a particular president is trying to achieve, such as the bipartisan anti-Russia bill that just passed last week.

US institutions, directly in charge of executing foreign policy, like the State Department, or indirectly, like the Central Intelligence Agency (CIA) or Department of Defense (DOD), generally have career service individuals, with longevity and continuity of service, and thus their own strong opinions about policy. You may be wondering what the DOD or CIA has to do with foreign policy until you remember what Carl von Clausewitz, a premier military theorist, said: “War is the continuation of politics by other means.” Quite often, each of these institutions has its own mini-foreign policy, sometimes even diverging within divisions of the same institution.

Recently, I was lucky enough to be a fly on the wall attending some meetings with top-level officers directly in charge of our neighborhood, like General Joe Votel, Commander of Central Command (the twenty countries in the Middle East-Plus, including Lebanon, Syria, Iran, and Afghanistan) and LtGeneral Rich Clarke, Commander of J-5 (Plans) and incoming commander of Special Operations Command (SOC), and several other admirals and generals. Not surprisingly, Lebanon did not feature high in these sessions; however, I will try to collate some of their relevant views about our neighborhood, but without specific attribution:

“We are all aware from the president’s statements in the election, and since he’s been in office, that he’s not in favor of continued military commitments in these areas, certainly not in large numbers, as he defines them. So it isn’t a complete surprise [the withdrawal from Syria] but what was a surprise was the timing, the manner in which it took place. Of course, it caught a lot of our coalition partners, people that we’re fighting with, by surprise, hence the challenge for us … people do begin to look at the United States and wonder if we are a long term reliable partner if we will stay with our commitments. And this isn’t new to this administration … in the last year of the Obama administration, I had a one-way discussion of about 80 minutes with President al-Sissi of Egypt, about the way the United States was treating the region … When we do make commitments to our partners, we are a coalition leader. We have 79 nations and international organizations that are committed to the fight in Iraq and Syria for us … that are giving money, troops, air support, … none of them to the same degree that we are, quite honestly … but when we don’t consult with them, or keep them informed of our unilateral decisions, I think it weakens us.”

On the end game for Syria:

“The US policy is that there has to be a UN-brokered political resolution for Syria … It’s long been the policy of the United States that Mr. Assad can no longer function as a legitimate head of Government based on the atrocities he’s perpetrated against his own people … At this point, in the war, there is an element of pragmatism that basically suggests that he will be around a little longer as we pursue this UN peace approach … The trick will be how do we orchestrate that. I think our approach will be a political one, as opposed to a military one … he’s been well supported by Russia, by Iran, so he’s definitely in the ascendancy, frankly … he would appear to have won, frankly, as difficult as that is to say, so our best hope is to continue to pursue a political process.”

On the value of the US presence in Syria:

“The role of the military and security forces in terms of creating leverage for our diplomats is extraordinarily important. Right now today, the partners that the US-led coalition supports, control a pretty important part of Syria, somewhere between one quarter and one third of the land, to include all the most preferred oil and gas infrastructure in the country. That’s something. That’s leverage for our political leadership and we need to take advantage of it. That’s why decisions about withdrawal … we really need to make sure we have coherence in our approaches, in our policies … that we don’t give up things like this because it will be more difficult for our diplomats …”

While it is highly unusual not to consult your senior commanders on such a decision, one of the generals, gave the very honorable comment, that even though this was not traditional, it has its advantages in that decisions made this way are quick, in contrast to the slow, consultative, consensus-driven process of previous administrations. While I’m certain that they weren’t happy about this, they remained professional, respecting the US tradition of civilian authority over the military.

In response to one of the questions about continuing aid for the Lebanese Armed Forces [in view of the role of Hizbullah, an organization under sanctions from the US Government], a senior general stated his unequivocal support for the continuation of military aid to Lebanon, because this is the way to pry it away from the rest of the country. Thus, for now, at least, this looks like it won’t change.

He also expressed support for a continuing advisory role for SOC in Lebanon, as well as exchange programs (which train military officers from other countries in the US), thereby developing lifelong relationships and understanding of US culture.

Shengavit Of Kura Araxes Culture: One Of Armenia’s Historical Sites Inhabited Since At Least 3200 BC

Media Once Again Trolling US Withdrawal from Afghanistan

Long Live the Monarchy! And So They Do