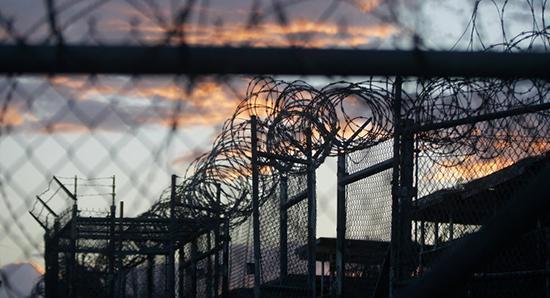 Sweden should follow the American example and set up a Guantanamo Bay detention camp of its own to tackle the threat from returning jihadists, conservative debater and US expert Ronnie Berggren has argued.

As Daesh* and its self-proclaimed caliphate are quickly losing ground in the Middle East, Europe is divided over how to tackle the rising terrorist threat and whether to take in jihadists and put them on trial.

Independent journalist and expert Ronie Berggren, who runs a podcast and blog featuring US news and analyses, argued that Sweden cannot leave matters as they are and should establish a high-security prison for their detention similar to the one the US maintains in Guantanamo Bay, Cuba.

“[The jihadists] are extremely dangerous and we cannot expose the Swedish population to the risk that they pose. Both high-profile and low-tier terrorists in these movements are people who could cut the throat of a child without blinking. Who have a long experience of blending into the environment and becoming invisible when they need to, only to surface when the time is right. When these terrorists, with actual experience from the battlefields, mingle with the population, they become extremely difficult to find again,” Ronie Berggren told the news outlet Nyheter Idag.

According to Berggren, Sweden should quickly pass a law to stamp those who joined Daesh and similar organisations as illegal combatants, which would allow the authorities to detain them indefinitely, investigate them properly and release those who are innocent. Depriving potentially innocent people of liberty is a necessary risk, Ronie Berggren said. However, actual membership in a terrorist organisation like Daesh alone should be punishable.

“We need to get our priorities right, simply take it in the right order. We cannot let everyone in completely mindlessly, just to protect the innocent and then try to find those guilty of terrorist offences. It would be irresponsible to the Swedish population. We have to block everyone and then start sifting,” Berggren said.

According to Berggren, Sweden bears a responsibility for the jihadists it produced. These people, he claimed, were radicalised due to the authorities’ previous weakness in dealing with Islamic fundamentalism. Berggren suggested that Guantanamo’s reputation is undeserved.

A Swedish Guantanamo should have a higher security compared with ordinary Swedish prisons, and prisoners should be kept separate from each other to avoid further radicalisation. But most importantly, the prison law should be changed to allow the isolation of people for purely preventive purposes, Berggren argued.

In 2002, US President George W. Bush interned those suspected of terrorism at a detention camp set up at the US naval base at Guantanamo Bay, Cuba. His successor Barack Obama solemnly vowed to close it down, but never delivered on his promise.

“When Obama wanted to close the Guantanamo base in 2009, Swedish politicians like Birgitta Ohlsson (Liberal) and Alf Svensson (Christian Democrat) became lyrical and argued that Sweden should take in them. Now the US has another president and when we realise that these people are not harmless, we are backing. It’s hypocritical. Sweden needs a Guantanamo camp” Berggren concluded.

In 2018, the European Court of Human Rights (ECHR) ruled that Lithuania and Romania had hosted secret CIA prisons a decade ago, with their authorities fully aware that the detainees were being held there illegally.

Earlier, US President Trump urged the European allies to take back over 800 terrorist militants captured in Syria and bring them to justice, warning that alternatively, Washington could be forced to release them.

The question of these jihadists, often referred to “foreign fighters” for reasons of political correctness, has been a thorn in the side of European policymakers for several years. Few EU countries have embassies in Baghdad or Damascus, let alone extradition treaties to get their citizens back. Providing solid evidence of the jihadists’ personal involvement in war crimes is next to impossible. Yet another part of the conundrum is the issue of “Daesh wives” and “Daesh children”.

Trump’s call has left the EU divided. While some countries, like Denmark and Hungary, blankly opposed taking any jihadists, others, like Norway, have showed more flexibility.