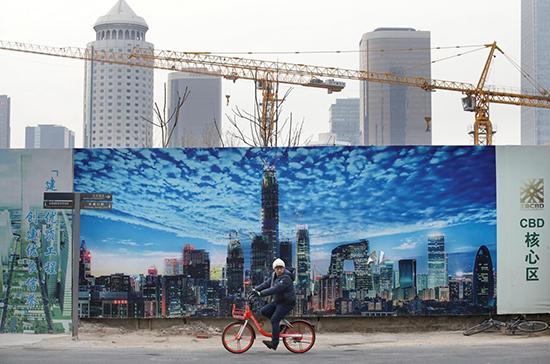 SHANGHAI (Reuters) – China’s decision to cut company taxes and fees is an important part of fiscal policy and is a hard-hitting measure needed to cope with pressure on the economy, state media reported Vice Premier Han Zheng as saying.

He made the comments on Tuesday during a visit to the State Administration of Taxation, the official People’s Daily newspaper reported.

Officials have pledged more aggressive reductions in 2019, after cutting about 1.3 trillion yuan ($192.82 billion) in taxes and fees last year.

Some analysts expect the changes will be announced during the annual session of parliament in early March, along with other measures to boost economic growth and ease financial strains on struggling companies.

“It is necessary to implement the tax and fee reduction policies so that companies and the people can have a real sense of gain,” Han said.

Chinese authorities plan to set a lower economic growth target of 6 to 6.5 percent in 2019, sources have told Reuters, as weakening domestic demand and a damaging trade war with the United States drag on business activity and consumer confidence.