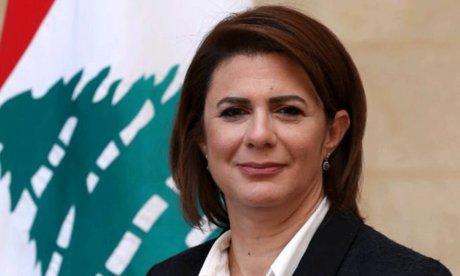 Divisions in Lebanon over the controversial issue of authorizing civil marriage lingers on, as Interior Minister Raya al-Hassan vowed “with Prime Minister Saad Hariri to raise the issue with religious authorities.”

Debate over the issue has not subsided since Friday when Hassan vowed in an interview to Euronews to raise the issue.

Polls created by activists on social media showed broad support for “optional civil marriage.” Although deliberations showed encouragement, but everyone doubted a solution would be found, given that clerics would oppose it.

“I will try to open the door to a serious and deep dialogue on this issue with all religious and other authorities, and with the support of PM Hariri until civil marriage is recognized,” Hassan said in her weekend interview to Euronews.

In 2015, former Interior Minister Nouhad al-Mashnouq refused to approve the registration of contracts of civil marriage performed in Lebanon despite coming under pressure.

Most faiths in Lebanon have their own regulations governing marriage, divorce and inheritance, and mixed Christian-Muslim weddings in Lebanon are discouraged unless one of the two converts.

Lebanese authorities have all along recognized civil marriages registered abroad, and it has become common for mixed-faith couples to marry in nearby Cyprus.