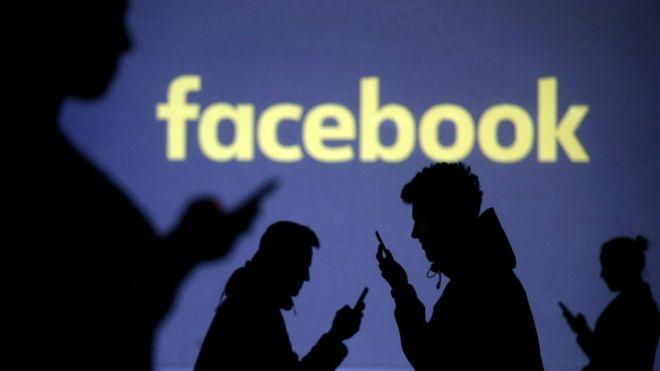 Russia  Today
Facebook has suspended several accounts operated by Maffick Media without prior warning, right after CNN ran a report about the company’s perceived ties to the Kremlin.

In what seems to be a new step in the social media giant’s fight against perceived ‘Russian propaganda’, Facebook took down, without prior notice, several pages offering video content. The social media network said it would ask the administrators of Soapbox, Back Then and Waste-Ed to disclose their “Russian affiliations.” Facebook also suspended another Maffick page, In the Now, which was originally a show aired by RT.

“People connecting with Pages shouldn’t be misled about who’s behind them. Just as we’ve stepped up our enforcement of coordinated inauthentic behavior and financially motivated spam over the past year, we’ll continue improving so people can get more information about the Pages they follow,” a Facebook spokesperson said in a statement.

However, no official requests were filed with Maffick Media, the German-based company operating all three pages. They were not notified before the fact, which prompted an angry response (posted on Maffick’s front page at the time of writing) in which they branded Facebook policies “new McCarthyism.” All three pages remained offline on Monday.

The accounts were suspended shortly after CNN aired a report with the catchy headline “Kremlin funds viral videos aimed at millennials,” in which it listed all three pages as part of the Kremlin’s “influence campaign” targeting unsuspecting young American adults. CNN stated that German-based Maffick Media is “mostly owned” by Ruptly video news agency – a subsidiary of RT – and is thus in the Kremlin’s back pocket.

CNN also repeatedly accused Maffick of concealing its suspected ties to Russia to mislead its audience. While, indeed, none of the pages bore a glowing stamp that said “paid for by the Kremlin,” they were never told that they were required to do so. Besides, no special effort was made to hide the funding sources – as proved by the CNN reporters themselves, who used an online commercial registers database to acquire documents showing that Maffick is 51 percent (which CNN generalized as “mostly”) owned by Ruptly.

The remaining near-half belongs to Maffick CEO Anissa Naouai, an American journalist of Tunisian descent. Before launching her independent project, Naouai founded the show In The Now, which was aired by RT International (and whose Facebook page was also suspended), and before that, worked as a reporter and presenter for RT. She says the company only fully employs people in Berlin and hires Americans as freelancers. Notably, In The Now had over 2.5 billion views on Facebook.

Incidentally, CNN’s own report was based on a tip from the German Marshall Fund, financed by the US, German, and other governments. Among the Fund’s other accomplishments is the questionable Hamilton 68 ‘Russian propaganda tracker’ – a website that labels Twitter accounts as ‘Russian influence’ operations and tracks their activities based on an undisclosed methodology that is impossible to verify – but is still embraced by multiple US mainstream media outlets as a reliable tool.

Facebook’s decision to shut down the pages run by Maffick has gone unexplained so far. The company did not break any of the social media network’s rules, which as of now do not demand that anyone post funding details on their Facebook pages. On top of that, numerous other media companies supported with government money – including NPR, PBS, BBC, DW, CBC, and AJ+ – never had to deal with similar treatment, Maffick notes.

Maffick was singled out for the sole reason that Russia is the supporting government, the company says.

Maffick Media says it is editorially independent – but, as per the CNN report, “much of [its] content seemed to be perfectly aligned with much of the propaganda coming out of the Kremlin” – that is to say, the content does not align with the mainstream view of American policies.

If I oppose a US war, does that automatically mean I am going to be accused of being aligned with the Kremlin? With this Russia hysteria we are experiencing now I feel like this is a very, very dangerous McCarthyist tactic to start saying that leftist views, anti-war views are just the Kremlin government’s talking points.

This is what Rania Khalek, the American host of Soapbox – one of the video shows Maffick ran on Facebook – told CNN when asked about her alleged connections to Moscow.

Each of the suspended pages had tens of thousands of followers on Facebook, while their videos were viewed “tens of millions of times,” according to CNN – a level of popularity which possibly spurred Facebook to take such drastic and swift measures to silence them.