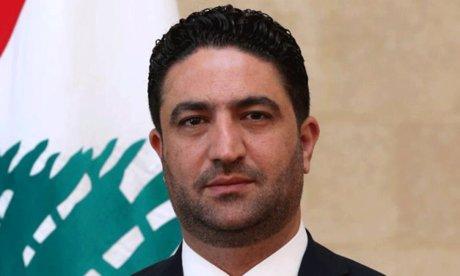 State Minister for Refugee Affairs Saleh al-Gharib visited Syria on Monday at an official invitation to discuss the refugee file.

Speaking after a meeting with Syria’s Local Administration and Environment Minister Hussein Makhlouf, Gharib said he was “pleased” by Damascus’ viewpoint on the refugee file.

“They believe that the failure to return the displaced Syrians would be a blow to the victory of the Syrian state,” the minister said.

“The local administration and environment minister showed further cooperation to resolve this file,” Gharib added, noting that he is willing to “work with all the relevant parties to secure the return and guarantee the interest of the Lebanese state.”

The Syrian minister for his part said he is implementing “the instructions of President Bashar al-Assad” in this regard.

“As a government, we are working on securing the return means, seeing as we have taken all the necessary measures to facilitate the entry of Syrians into their country through easing the border measures in coordination between the relevant authorities from the two sides,” Makhlouf added.

“All the necessary services will be offered to them after they enter Syria, such as relief, health and education, so that they can return to normal life and enjoy the same rights and duties,” the minister added.

“We are rehabilitating the infrastructure and thousands of schools, electricity grids, sewage systems, water and telephone services have been repaired and what is important is the return of the Syrian citizen,” Makhlouf went on to say.

Gharib’s visit to Syria comes three days after Saad Hariri’s new government won a vote of confidence in parliament and ahead of first Cabinet meeting.

Coordination between Lebanon and Syria on the return of Syrian refugees is a highly controversial issue in Lebanon.

Lebanese officials are divided over the conditions needed for them to return back.