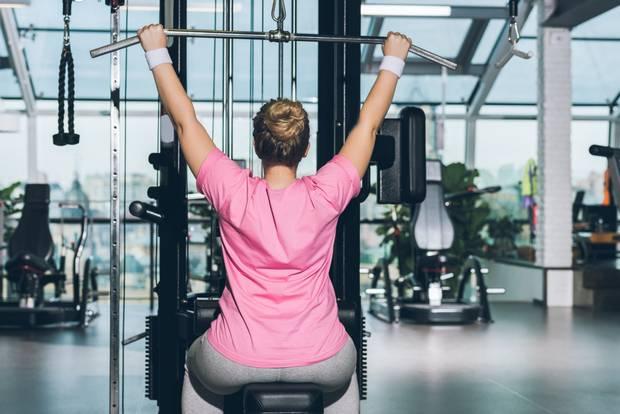 Recent research has found that being active may counteract the negative consequences of obesity, but not all scientists agree. Rosie Taylor investigates

Can you really be ‘fat, but fit’? Known as the ‘obesity paradox’, it’s a debate that has raged since the 1980s and continues to divide scientists today. One thing they do agree on is that being a normal weight – defined as having a body mass index (BMI) of 18 to 25 – doesn’t necessarily guarantee you are healthy.

Failing to exercise or just sitting at a desk all day raises your risk of cardiovascular conditions as well as stroke, certain cancers and type II diabetes, studies show.

But is a slim, inactive person more or less healthy than an overweight, physically-active person? Is it better to be ‘fat but fit’ or ‘slim but sedentary’?

Reviewing recent research for the British Journal of Sports Medicine, scientists found there was “emerging evidence” showing moderate to high fitness levels “might counteract the negative consequences of obesity”, especially in children and teenagers. They cited several studies which found some unfit, normal-weight people were at a higher risk than fit, obese people of dying both from any cause and from cardiovascular diseases.

Some people who are obese appear to be protected from some of the diseases normally associated with being overweight, such as heart disease or high blood pressure, the studies showed.

One theory is that developing these conditions depends on whether someone is “metabolically healthy”, rather than their weight alone.

Metabolic syndrome includes symptoms including high cholesterol, high blood pressure and poor control of blood sugar levels, and is a precursor to serious conditions such as heart disease, diabetes and stroke.

While it is common in obese people, some overweight people have none of these symptoms and are described as “metabolically healthy obese”, aka: fat but fit.

“There’s quite a large body of research over the last 10 years which shows some people who are obese are perfectly metabolically healthy, and some are not,” says Dr Francis Stephens, Associate Professor of Nutritional Physiology at the University of Exeter.

“You can have the same BMI and the same amount of fat, but depending on how well that fat works depends on whether you are metabolically healthy or metabolically unhealthy.”

He adds there is no reason why overweight people cannot be healthy if they keep physically active and eat a good diet, while naturally thin people who do neither are more likely to see health problems “catch up with them”, he adds.

Dr Katarina Kos, Senior Lecturer in Diabetes and Obesity Research, also at the University of Exeter, says being ‘fat but fit’ also depends on the way in which your fat tissues behave. If you are fat around the middle – sometimes called an ‘apple’ body shape – you are more likely to be unhealthy as it means fat will be gathered around vital organs in your abdomen like the liver.

But if you’re larger around the bottom and hips – or a ‘pear’ body shape – then your fat is being properly stored in the fat tissues which are there for exactly that purpose.

Dr Kos says: “You can be obese and healthy but this is more likely if you are young, fit and active, eating healthily, and have healthy fat tissue which is not in the abdomen.”

But other leading researchers completely disagree.

Professor Neil Thomas, Professor of Epidemiology and Research Methods at the University of Birmingham, says: “Fat in itself is metabolically unhealthy, so it is not possible to be fat and metabolically healthy.” He was part of a team which carried out a major study of 3.5 million people, led by the University of Birmingham and published in the Journal of the American College of Cardiology last year, which found “metabolically healthy obese” people were considerably more at risk than non-obese people of developing potentially-fatal conditions.

Prof Thomas says the study shows that if you are overweight and don’t already have health problems, “you soon will”.

“Studies show that when overweight people exercise at an extreme level – like a professional rugby player – it can stave off problems normally associated with obesity, but as soon as that stops, which is inevitable with ageing, fat very quickly builds up around the liver, heart and other internal organs, triggering health problems,” he says.

The myth of ‘fat but fit’ is probably perpetuated by a few people who are exceptions to this rule but on a general population level, the likelihood is that people who are overweight will “die prematurely”, he adds.

Prof Naveed Sattar, Professor of Metabolic Medicine at the University of Glasgow, agrees the term “metabolically healthy obese” should no longer be used.

He insists “all the evidence” shows obesity worsens health and that physically-active overweight people also tend to suffer with joint problems and osteoarthritis, as their weight puts extra pressure on their joints.

His team carried out a study looking at nearly 300,000 middle-aged white people in the UK, which was published in the European Heart Journal last year. It found people with a healthy BMI of 22 to 23 were at the least risk of disease, but every increase in BMI number above this was linked to a 13pc increased risk of stroke or heart problems.

And this study found that whether people were ‘apples’ or ‘pears’ made barely any difference.

So why can’t the scientists agree? Part of the problem is that most studies are observational – where scientists measure factors, like weight, and look for outcomes like heart problems later on, so cannot prove cause and effect.

Another issue is that different researchers define both ‘fatness’ and ‘fitness’ in different ways. Most use BMI as a measure of obesity, but this can be inaccurate as some people, like rugby players, can have a high BMI because their bodies are packed with muscle. Fitness is measured by a wide range of metrics, from treadmill tests to blood sugar levels, so it can be difficult for scientists to combine results from different trials to build up an overall picture.

Some also criticise studies for failing to acknowledge possible ‘reverse causation’ – a phenomenon where scientists assume an outcome they observe is caused by something they witness, when it is in fact the other way around.

For example, critics have accused some researchers of mistakenly assuming being thin was linked to an increased risk of some serious illnesses, when actually it was being ill which made people lose weight.

But what scientists and doctors do agree on is that being physically active when you are overweight is far better than not exercising. All the studies show that being both overweight and unfit is the worst thing for your health – and makes you more likely to develop serious illnesses like heart disease, diabetes and cancer. Exercise can also improve mental health, regardless of whether it helps someone lose weight.

Prof Thomas adds: “Without question, it is better to be active than not, whatever your weight. Any increase in your activity levels should have beneficial effects.”

WHO Says against Proof of Vaccination for Travel

Oil And Gas Bankruptcies Jump Despite Rise In Crude Prices

Western Europe Is Now The World’s Largest Investor In Batteries