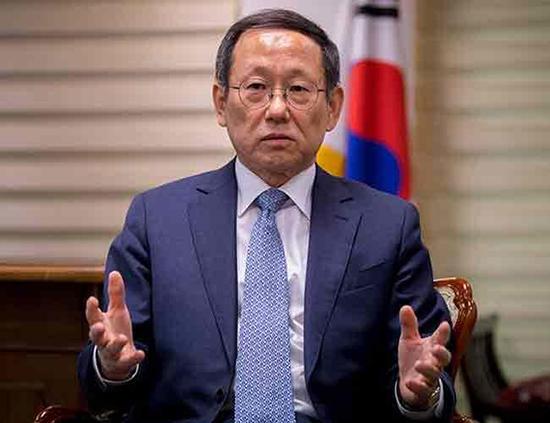 The South Korean ambassador to Turkey said on Feb. 18 a deal signed last August will boost trade volume between the two countries.

“We expect more investments and trade in the service sector in the future,” Ambassador Choi Hong-Ghi told Anadolu Agency in an exclusive interview.

Turkey and South Korea signed a free trade agreement on May 1, 2013, and with the Agreement on Trade in Services and the Investment Agreement signed last August, the free trade deal has become more efficient.

Ambassador Choi said the trade volume between the two countries was up from $16,000 in 1965 to $7.2 billion in 2018, adding that last year, Turkey‘s exports to South Korea were worth $1.2 billion whereas South Korea exported $6 billion worth of goods to Turkey.

He said more than half of Turkey‘s imported goods consists of spare parts in the automotive sector.

“Hyundai produces hundreds of thousands of cars annually and 90 percent [of production] is exported to Europe, which contributes to Turkey‘s economy.”

He said Turkey‘s export volume to South Korea went up 58.6 percent in 2018, adding: “In a bilateral meeting in December 2017, the presidents of the two countries agreed that the current trade volume should be increased to $ 15 billion.”

“We hope that the number of South Koreans visiting Turkey will go up steadily.”

He said the interest for Turkish electronics brands such as Beko has been growing SouthKorea.

Choi said the focus should not be only on the efforts to close the trade gap between the two nations, but also on devising economic structures that complement each other.