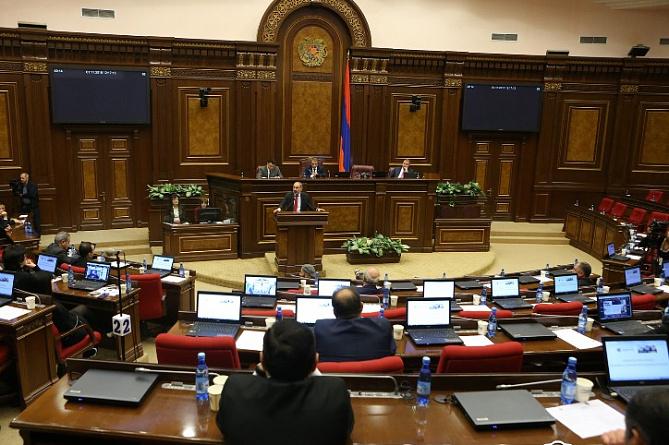 YEREVAN, February 19. /ARKA/. Deputy Speaker of Armenian Parliament Lena Nazaryan said today the debates on the government’s plan of activity for 2019-2023, approved last week by the parliament, were so heated not because the plan is bad, but because the opposition was able, for the first time, to act freely and vote at its discretion.

As for the numbers, which the critics say the plan of activity lacks, she said they will appear in the schedule of activities for the implementation of the plan. She said the government has an ambitious goal, while the economic revolution will occur only after people change their economic mindset.

According to Mikael Melkumyan, an MP from the Prosperous Armenia faction, the government’s plan of activity contains certain risks.

“We need a clear-cut schedule of activities and specific mechanisms and tools for the implementation of the plan so that we are able to track the results annually and exercise parliamentary control, rather than do it in 2023,” said Melkumyan.

The head of the Bright Armenia faction in parliament Edmon Marukyan said his party did not expect that their criticism of the plan of activity would be perceived as trolling, mockery and threats. He said even after the parliamentary session, his party is still under a hail of hated attacks, including with the use of manipulations by some media, especially pro-government ones.

He said the daily ‘Haykakan Zhamanak” published an editorial accusing him of having links with the ex-presidents and that the faction voted on their orders. Another daily “Zhoghovurd” alleged that the faction is under the influence of the incumbent president.

“I very much regret that the first clash between the government and parliamentary opposition made the most widely read newspapers in the country publish such stories,” said Marukyan.