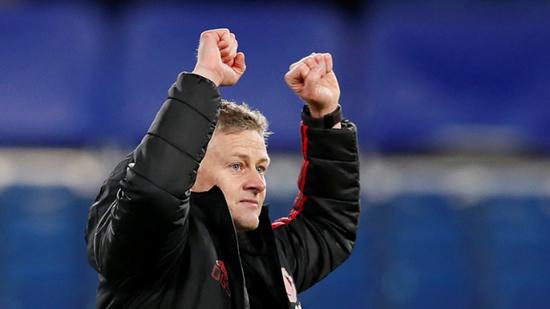 Manchester United’s 2-0 win over Chelsea in the FA Cup fifth round on Monday night was their first win at Stamford Bridge since Sir Alex Ferguson’s team in 2012.

Ole Gunnar Solskjaer on Monday night became the first Manchester United manager since Sir Alex Ferguson to beat Chelsea at Stamford Bridge as they won 2-0 to advance to the quarter-finals of the FA Cup. Ander Herrera and Paul Pogba scored two goals in the first half to take United to victory.

With United winning the FA Cup fifth round match against Chelsea, Solskjaer registered his 11th win in 13 matches as manager of the club in all competition. Solskjaer has lost only one game so far – a Champions League home leg against Paris Saint-Germain.

United defeating Chelsea to reach quarters was poetic as they avenged their loss in the final of the competition at Wembley in the last season.

Ole pays tribute to the #MUFC fans and reflects on the tactics behind an excellent victory… pic.twitter.com/qeR6FVLsTO

Under Ferguson, United were famous for fighting late victories and the same was on display in October 2012. David Luiz own goal and Rovin van Persie’s strike meant United led 2-0 within 15 minutes of the match.

However, Chelsea fought back with a 44th-minute goal from Juan Mata and Ramires goal in the 53rd minute. But then all went downhill for Chelsea. Ivanovic and Fernando Torres received red cards within six minutes to peg Chelsea behind.

Ferguson rung in substitutions and Javier Hernandez scored the winner for United in the 75th minute.

This United victory was nothing like their last thrilling win at Stamford Bridge. It was the home team Chelsea who strated brightly and United goalkeeper Sergio Romero was forced to make saves early on. However, a beautiful passage of play for United meant Ander Herrera found the back of the net in the 31st minute to put the Red Devils ahead.

Chelsea tried to fight back but United held their shape well and managed to keep the home team at bay. In the 45th minute, a speedy United counter-attack followed with Marcus Rashford crossing the ball towards Paul Pogba, who powerfully headed it home.

Chelsea’s attack failed to really threaten United after the break with the visitors happy to sit back and defend deep and make occasional forays into Chelsea’s half.

As Solskjaer celebrated with a fist bump and Chelsea boss Maurizio Sarri was booed by his home fans, the contrast was clear.

The matches will be played from March 15-18

Georgia in the Russian-Turkish Tensions

The Military Dimension of the Conflict over Nagorno-Karabakh