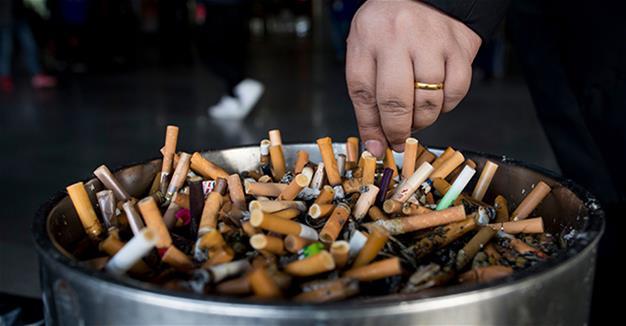 Losing weight and quitting smoking are two of the most common New Year resolutions. However, it is commonly known that in the process of quitting smoking, a person’s appetite increase, which tends to lead to a weight gain. Does a person really gain weight when trying to quit smoking or is it just a misconception?

Many experts say quitting smoking makes people healthier and does not lead to a weight gain.

Once a person quits smoking for a certain period of time, his or her body returns to the state similar to that of a non-smoker.

When a person quits smoking for around a month, there is a reduction in appetite and weight as well as enhanced exercise capability.

People trying to quit smoking need to be aware that when quitting just for a short period, they could actually gain weight as a lack of nicotine increases appetite and people tend to indulge in more snacks to replace their nicotine cravings.

There is a correlation between obesity and smoking. Obese people have a stronger craving for cigarettes compared to the average person, which makes it harder for them to quit.

A team of medical experts from the University of Colorado Anschutz Medical Campus found that a person with a body mass index of over 30 had twice the chance to become addicted to smoking than an average person.

On the other hand, the more a person smoked, the higher the possibility of becoming obese.

According to German research on 7,124 people, a person who smoked more than 30 cigarettes a day had a five times higher chance of becoming obese than nonsmokers.

“Cigarettes increase visceral fat which is the main cause of stomach fat. A person who smokes more than a pack a day has about 11 percent more visceral fat than a nonsmoker,” said Lee Ki-hun, a professor of family medicine at Seoul National University Bundang Hospital.

“If a person quits smoking for a long period of time, the visceral fat level becomes similar to that of a nonsmoker.”

Smoking is heavily correlated to numerous diseases including cardiovascular disorders and diabetes, so it is best to stay away from cigarettes, he added.

Obesity and smoking addiction are hard to overcome due to withdrawal symptoms.

Those considering quitting smoking are advised to get anti-smoking treatment and therapy available at hospitals, as consultation with a professional increases the chances of quitting.

Only 3 percent to 4 percent of people succeed in quitting smoking when they try on their own, but the rate drastically increases when consulting with a professional and receiving anti-smoking medications.

Smokers who are significantly dependent on nicotine should consider nicotine replacement or drug therapy. Anti-smoking medicines work by interfering with nicotine receptors in the brain. This means they have two effects: lessening the pleasure a person gets from smoking and reducing the symptoms of nicotine withdrawal.

Several studies have shown varenicline can increase the chance of quitting tobacco: when using a medicine containing varenicline for 12 weeks, it increases the success rate to 33.5 percent. It is known to be relatively safe for people with chronic problems, such as cardiovascular diseases and diabetes.

The government fully covers the expenses of an anti-smoking program if the smoker fully quits after taking part. The participants pay for treatment first, but all payments are reimbursed when successfully quitting smoking after the 12-week program.

The program consists of professional consultations and anti-smoking medications. A smoker has up to three chances to participate in the program within a year in case they fail.

There are also government-funded anti-smoking camps, which give consultations and medications for five days. Those who want to take part in can apply through 17 anti-smoking support centers around the country including Seoul, Busan, Daegu, Incheon, Daejeon and Gwangju.