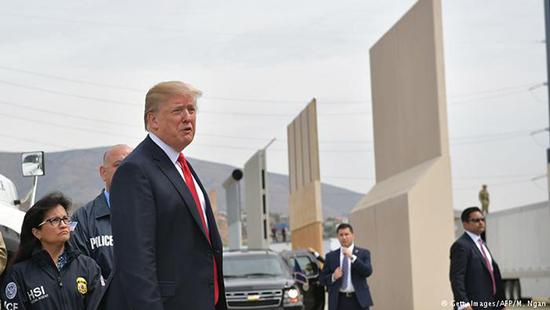 More than a dozen US states filed a joint lawsuit arguing that President Donald Trump’s national emergency is unconstitutional. The suit stresses that it is Congress who has the authority on funding matters.

Trump declared the national emergency on February 15, in order to secure funding for a wall on the southern border with Mexico, after he failed to convince the US Congress to approve the money through a budget bill.

“We’re suing President Trump to stop him from unilaterally robbing taxpayer funds lawfully set aside by Congress for the people of our states. For most of us, the office of the presidency is not a place for theater,” Becerra said.

California is leading the suit and the procedure was filed in one of its federal courts.

According to the lawsuit, the president’s order breaches the constitution’s Presentment and Appropriations Clauses, the latter which designates Congress as the main authority for spending or the institution with the ‘power of the purse.’

“Congress has repeatedly rebuffed the president’s insistence to fund a border wall, recently resulting in a record 35-day partial government shutdown over the border wall dispute,” the lawsuit statement read.

“After the government reopened, Congress approved, and the president signed into law, a $1.375 billion (€1.217 billion) appropriation for fencing along the southern border, but Congress made clear that funding could not be used to build President Trump’s proposed border wall,” the statement added.

Attorney General Becerra argued that his and other states had the legal standing to sue, as they risked losing funds intended for military projects, disaster assistance and other purposes, which Trump could divert for a wall.

“President Trump treats the rule of law with utter contempt. He knows there is no border crisis, he knows his emergency declaration is unwarranted, and he admits that he will likely lose this case in court,” Becerra said.

Additionally, the suit also alleged that the Department of Homeland Security violated the National Environmental Policy Act by failing to assess the environmental impact of the wall in California and New Mexico.

The legal challenge is likely to slow President Trump’s pledge and campaign promise to build the wall on the southern border. He has long argued that such a structure is needed to curb illegal immigration and drug trafficking.