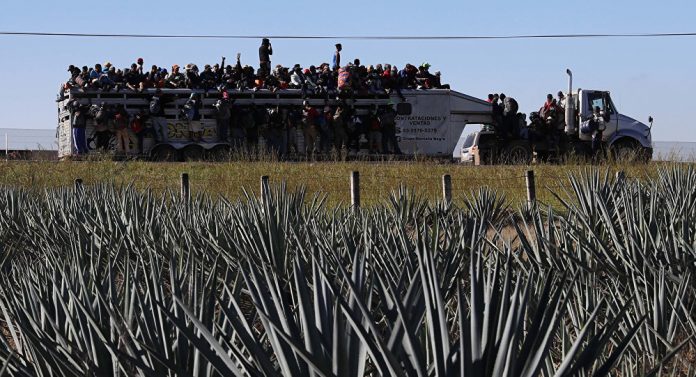 At least 25 migrants affiliated with the MS-13 gang found within a caravan of 1,600 Central Americans were deported from Mexico on the doorstep of the US border.

The caravan had arrived in Piedras Negras, Mexico – a city across the border from Eagle Pass, Texas – two weeks ago. Since then, officials from the Instituto Nacional de Migración have identified 10 gang members from Mara Salvatrucha, also known as MS-13, Fox News reported.

In addition to the gang members, a total of 70 Central American migrants have been deported to their home countries, while approximately 1,500 have been granted humanitarian visas to move freely within Mexico.

On Saturday, officials said the shelter for the Central American migrants from the caravan will be closed by Wednesday. Coahuila State Public Safety Secretary Jose Luis Pliego told the Associated Press that authorities have taken about 400 migrants to neighboring states such as Nuevo Leon and Tamaulipas to be incorporated into the workforce, while others may seek other options to try to cross into the United States.

Last month, border patrol sources told Fox News that authorities arrested more than 100 people believed to be El Salvadoran MS-13 gang members in the Rio Grande Valley Border Patrol Sector in Texas. This sector, which was included in President Trump’s visit during the government shutdown back in January, is an area of over 17,000 square miles in 19 counties, including 320 river miles and 250 coastal miles, according to CBP.