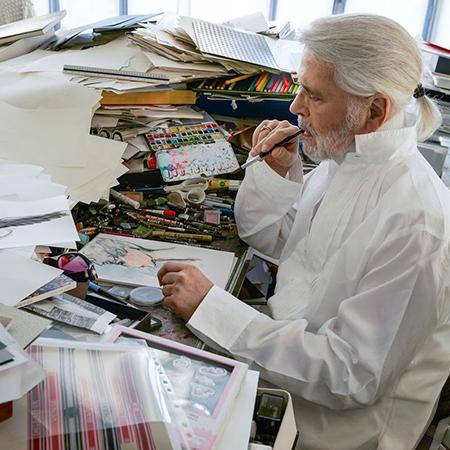 Today, at the age of 85, Karl Lagerfeld, one of the most legendary designers of the 20th and 21st centuries, has died. Below, Condé Nast Artistic Director and Vogue Editor in Chief Anna Wintour remembers Chanel’s creative director and her longtime friend.

“Today the world lost a giant among men. Karl was so much more than our greatest and most prolific designer—his creative genius was breathtaking and to be his friend was an exceptional gift. Karl was brilliant, he was wicked, he was funny, he was generous beyond measure, and he was deeply kind. I will miss him so very much.”