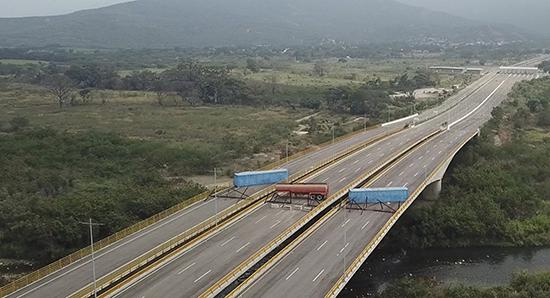 The Brazilian government said in a statement that it would start deliveries of humanitarian aid to the border with Venezuela by Saturday.

According to the presidential spokesman General Otavio Rego Barros, Brazil will put humanitarian aid on Venezuelan border on 23th February at request of opposition leader Guaido, adding that he would be responsible for its distribution.

“The aid includes food products and medicines that will be available in the Brazilian cities of Boa Vista and Pacaraima [in the state of Roraima] so that it will be taken by the government of [self-proclaimed] President Juan Guaido, Venezuelan trucks driven by the Venezuelans,” Brazilian government said in a statement.

According to the Brazilian government the humanitarian operation would be organized in cooperation with the US authorities. However, a government’s spokesperson stressed that Brazil would take responsibility for the aid deliveries.

President Nicolas Maduro’s government had earlier refused to take in the aid, stressing it could justify foreign interference in the country’s domestic affairs.

On Monday, Trump called on Venezuelan military officers to not follow orders of President Nicolas Maduro to block the humanitarian aid deliveries to the country, adding that Washington is seeking a peaceful transition of power in Venezuela but “all options” remain open.

US “humanitarian aid”, now stockpiled in Columbia is expected to reach Venezuela on 23 February. President Nicolas Maduro blasted delivery as a ploy to topple the government, instead demanding that Washington lift the economic sanctions imposed on Caracas.

A political crisis escalated recently in Venezuela after opposition parliament speaker Juan Guaido declared himself interim president, disputing last year’s re-election of Maduro. The United States, quick to recognize Guaido, were followed by a number of other countries. Russia, China, Mexico, Turkey and Uruguay, on the other hand, were among those that voiced their support for Maduro as the country’s legitimately elected president.