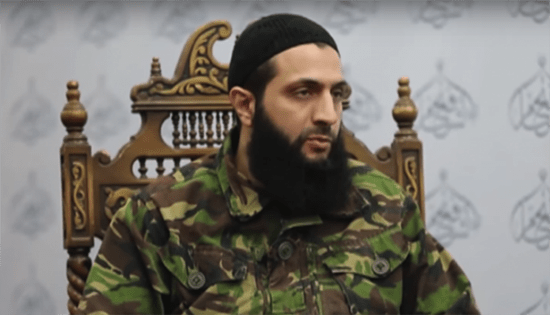 Abu Mohammad al-Julani, the commander-in-chief of Syrian militant group Tahrir al-Sham, the successor of the al-Nusra Front, being treated at a hospital in southern Turkey after suffering critical injuries in an explosion in Syria, according to a report on the Sputnik Turkish service news website on Tuesday.

Al-Nusra is the Syrian branch of al-Qaeda.

Al-Julani was reportedly critically injured in an explosion in Syria’s Idlib city on Monday evening. He sustained an injury to his head, according to a source at Antakya State Hospital who spoke to Sputnik on condition of anonymity. He reportedly had to undergo surgery and is now being treated in the intensive care unit.

Al-Julani, whose real name is Ahmed Hussein al-Shar’a, was listed as a “Specially Designated Global Terrorist” by the US State Department in May 2013.