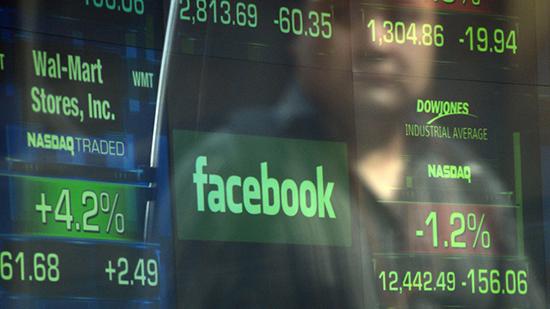 Once upon a time, Facebook espoused idealistic notions of making the world a more open and connected place. But when it comes to views the US establishment doesn’t like, Facebook magically remembers it’s also a “private company.”

So when Facebook abruptly suspended pages belonging to Maffick Media — a company which is 51 percent owned by RT’s video agency Ruptly — critics of RT were quick to argue the social platform could ban anyone it wants.

Former US ambassador to Russia Michael McFaul revealed himself to be one of those people, with a tweet asking why RT feels it has some kind of right to publish content “on the platform of a private company.”

CEO Mark Zuckerberg still waxes lyrical about his grand plans to “bring the world closer together” and “strengthen the social fabric” — but it turns out that not all ideas are created equal and if people come together and “connect” on a page that embraces any of those unacceptable ideas, they will soon face repercussions from enforcer-in-chief Zuckerberg.

Now, of course, there is some terrible content that most normal people are not in favor of — bullying, violent or abusive videos or the promotion of terrorism, to name a few — but questioning government narratives and posting anti-war videos would hardly seem to fall into that category.

No platform for ‘alternative’ views

Facebook claimed that the pages belonging to Maffick Media were not clear about their funding and that people should not be “misled” about the content they are viewing. That content includes videos highly critical of the US government. This particular new rule seems to have been invented purely for content produced by pages with links to Russia, however. Curiously, pages belonging to media funded by the US government (or British government, or German government etc.) have not been suspended.

Facebook is, as the argument goes, technically a “private company” — but it’s also a private company that just so happens to take orders from government-funded think tanks which direct it to censor political content that inconveniences them. In dystopian novels, that kind of thing is called fascism.

Maffick’s content was taken down after a “tip” from the German Marshall Fund think tank (which is financed by the US, German and other Western governments), but there have been multiple examples recently of Facebook kowtowing to Western governments in order to remove content they find politically threatening.

Not long after Facebook teamed up with the Atlantic Council — a think tank funded by the US government and various weapons manufacturers — it suspended a page belonging to Venezuela-based Telesur, an outlet which is also highly critical of US foreign policy. Is it a coincidence that think tanks funded by Western governments are actively attempting to cleanse social media of content which does not serve their purposes? Facebook has even complied with demands from the Israeli government to delete accounts belonging to Israeli activists.

What’s most surprising is how many people (and even journalists) are jumping on the censorship bandwagon and clinging to the “private company” argument instead of admitting that they really don’t believe in freedom of information — if it inconveniences them or risks threatening their status in some way, that is.

Even though Facebook has already bowed to pressure in this arena multiple times, many are calling on the platform to censor even more. Yesterday, a British parliamentary report made a thinly-veiled case for censorship of content produced by “malign forces” intent on causing “disruption and confusion” online. In case it wasn’t clear, “disruption and confusion” is code for: content that makes people question the establishment and the status quo.

It’s not just big platforms like RT being targeted, either. In its capacity as a “private company,” Facebook has also targeted smaller, US-based alternative media websites. Socialist and anti-war pages saw their traffic plunge dramatically after Facebook made changes to its algorithms in an effort to combat “fake news” online. It has also purged pages focused on exposing police brutality and tracking government transparency.

‘Why should a private company like Facebook be forced to publish *insert type* of content?’ is probably the wrong question to ask. The better question might be: If Facebook was not being severely pressurized by these government-funded think tanks to engage in this censorship, would they be doing it of their own accord?

If the answer is ‘no’ (as it likely is, given that, as McFaul and others reminded us, Facebook is a private, money-making company), then what we have is a situation where a government is forcing a private company to do what it wants. Not an altogether shocking concept, but one which negates the argument that Facebook has suddenly decided to get rid of content it has been okay with for years of its own volition.

During the Cold War, the Soviet Union jammed the broadcast signals of US state-funded media like Radio Liberty and the UK’s public broadcaster, the BBC, claiming their goal was to undermine the Soviet system. That was the goal, of course, but the West maintained that preventing Soviets from enjoying free access to foreign media was unacceptable; the kind of thing you’d only find in a dictatorship. Freedom of information was paramount to a Democratic society, they said.

How ironic it is, that many in the West who lived through that time, are now loudly advocating for censorship against content they perceive as a threat to their own system.