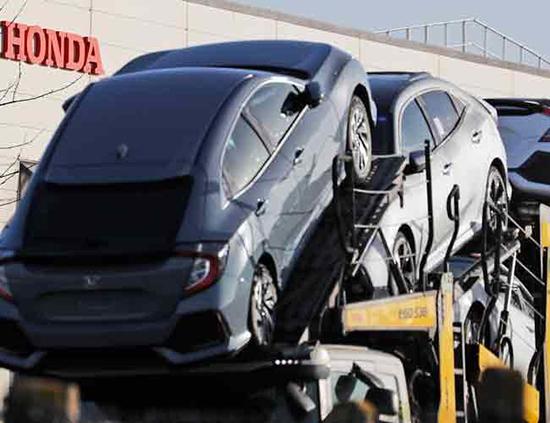 Japanese carmaker giant Honda has announced that it will cease the production of Civic sedan model vehicles at its Turkey plant while closing the Swindon factory in the U.K. as part of its plans to restructure its global manufacturing network.

Honda has a plant in the in the western province of Kocaeli that commenced the production of Honda’s Civic sedan model vehicles at the end of 1997.

According to the information on the company’s website, the Kocaeli plant’s annual production capacity is 50,000 units. Honda Türkiye employs some 1,100 people.

“The global restructure will involve Honda’s automobile operations in Turkey. HondaTurkiye A.Ş. currently produces 38,000 units per year. The company will cease manufacturing current Civic sedan model in 2021 and intends to continue its business operations. Honda Turkiye A.Ş. will continue to hold constructive dialogue with Turkish stakeholders during this period,” the Japanese carmaker said in a statement on Feb. 19.

The company also said it had informed employees of its proposal to close its Swindon plant in 2021.

“In light of the unprecedented changes that are affecting our industry, it is vital that we accelerate our electrification strategy and restructure our global operations accordingly. As a result, we have had to take this difficult decision to consult our workforce on how we might prepare our manufacturing network for the future,” Katsushi Inoue, chief officer for European Regional Operations, said.

“This has not been taken lightly and we deeply regret how unsettling today’s announcement will be for our people,” he added.