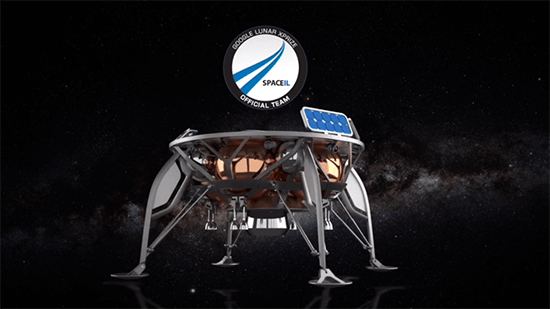 Israel is looking to join the ranks of space superpowers by becoming the fourth country to land a probe on the Moon. In addition to science instruments, the ‘Genesis’ probe will carry a copy of the Bible on a small metal disc.

Genesis, or “Beresheet” in Hebrew, is about the size of a washing machine and is equipped with instruments for measuring the Moon’s magnetic field. It was designed by SpaceIL, a private company, in cooperation with the state-owned Israel Aerospace Industries (IAI).

The probe is scheduled to launch on Thursday on board a SpaceX Falcon 9 rocket. It will take it almost two months to reach the moon, however, as it needs to slingshot around the Earth at least six times, SpaceIL CEO Ido Anteby and IAI manager Ophir Doron told reporters on Monday.

SpaceIL was founded in 2011 to compete for Google’s Lunar Xprize, a $20 million challenge to build a robotic probe and land it on the Moon. The competition was canceled last year. The costs of “Genesis” have ballooned to around $100 million, which has been funded through generous contributions from donors around the world who would like to see the Jewish state join the ranks of spacefaring nations.

where he was when Israel landed on the Moon,” AP quoted South African-born Israeli billionaire Morris Kahn, one of the major donors to the project.

So far, only the Soviet Union, the US and China have landed spacecraft on the earth’s natural satellite. The first Soviet probe landed in 1959, and the first lunar rover visited in 1970. The American Apollo 11 landed on the Moon in 1969, but the Apollo program was canceled at the end of 1972.

China launched its first lunar orbiter in 2007, landed a probe in 2013, and landed a probe on the far side of the Moon in December. In addition to sending photos from the “Dark Side,” the probe boasted the first-ever biological experiment on the lunar surface, growing a cotton seed in an experimental biosphere.

Much of the original space race had a Cold War dimension of US-Soviet competition. The feeling of national prestige is very much evident in the Israeli program as well, with the country’s president excitedly tweeting about the impending launch.

SpaceIL is also using the moonshot to troll the country’s designated archenemy Iran, commenting how it can’t hear Tehran’s threats from all the way up on the lunar surface.

Iran has its own space program, which has successfully launched a number of satellites into orbit, but has not reached for the Moon just yet. Moreover, the country’s space efforts have been beset by suspicious failures recently. Anonymous US officials told the New York Times last week that the US has been conducting a program of sabotage against Iran’s missile and space program.