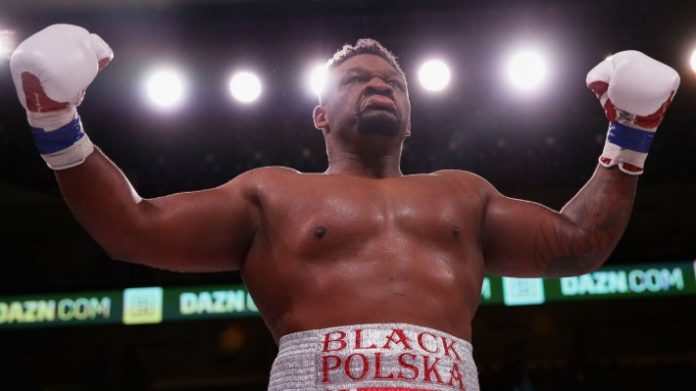 The gloves are officially off and it’s Jarrell Miller who has started the verbal sparring ahead of the world title fight against Anthony Joshua.

“Big Baby” Miller will challenge Joshua for his world heavyweight titles on 1 June and the American has warned the British star to expect a “rude awakening” at New York’s Madison Square Garden.

Speaking to The Daily Telegraph the unbeaten Brooklyn boxer said: “He’s a privileged spoiled brat and I’m from the grit of the street, I was born for this.

“Everything I’ve got, I’ve earned. Nothing has been given to me like it was for him in the Olympics. Like I said before, he’s fighting a different animal.

“I’m 300 pounds of lean, mean, fighting machine. It’s Big Baby versus ‘G-String’ Joshua. He’ll get his knickers in a twist when I go at him.

“He’s definitely underestimating me a bit, because I wasn’t his first choice to fight. He didn’t want to come over with the money to fight me, but the [DAZN] network and [promoter] Eddie Hearn made it happen.

“He was kind of shocked by it. He’s never been in with nobody like me before. It’s hard to find sparring partners for me. A 300-pound guy that uses his body and throws as many punches as I do. It’s going to be impossible. When it comes to 1 June, it’ll be a rude awakening.”

Joshua vs. Miller: head to head