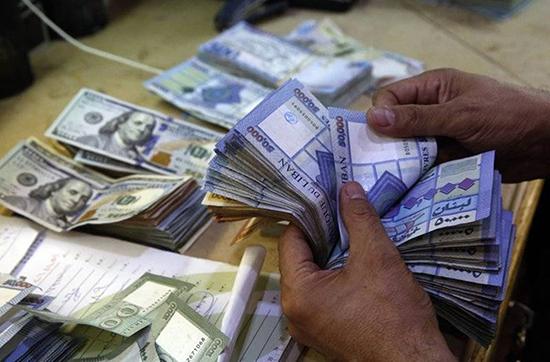 BEIRUT: Despite the formation of a new government, Lebanese banks continue paying high interest rates in an attempt to shore up their deposits and maintain dollar reserves.

The majority of Lebanese banks are offering rates of at least 12 percent on one-year terms deposits in Lebanese pounds, on par with levels seen in December 2018 at the height of the Cabinet formation crisis. Dollar deposits, on the other hand, will earn customers 8 percent or higher for large sums.

“Interest rates on dollar deposits will slightly decrease in the wake of the Cabinet formation while those on Lebanese pounds will remain high given the currency risk,” a prominent banker told Annahar.

Lebanon has witnessed an incremental rise in rates ever since the previous Cabinet entered its caretaker mode in May 2018, as fears of an impending collapse were aggravated by political infighting over the makeup of the new government.

“In my estimation, uncertainty remains over the ability of Lebanese officials to secure the Cedre funds,” the banker said, referring to 11 billion dollars of mostly soft loans pledged by the international community over the coming years to help Lebanon revamp its ailing infrastructure and prop up its economy.

The disbursement of the funds is however contingent on the implementation of hard-hitting sectoral and fiscal reforms such as narrowing the budget deficit, cracking down on tax evasion and corruption, and reforming an oversized public sector.

Lebanon’s budget shortfall climbed to around 11 percent of gross domestic product this year, levels not seen since 2015, with the servicing cost on this debt is taking up 40 percent of the state’s revenues. Coupled with high interest rates on the state’s treasury bills, Lebanon’s debt servicing is expected to exceed 7 billion dollars within the next three years.

There have been palpable improvements, however, since the formation of the Cabinet.

Shortly before the Cabinet was formed Lebanese banks began requiring importers to guarantee 50 percent of their cash margins while limiting lines of credit extended to borrowers. This raised concerns over a scarcity of dollars in the Lebanese banking system.

“Liquidity has now improved,” the source said, adding that the “restrictions were lifted the day the Cabinet was announced.”