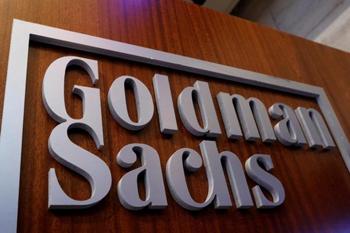 KUALA LUMPUR (Reuters) – Malaysia may postpone the extradition to the United States of a former Goldman Sachs banker wanted over a multibillion-dollar scandal at state fund 1MDB, as he has to face criminal charges in the southeast Asian nation first, its home minister said.

Roger Ng has been detained in Kuala Lumpur since Nov. 1, soon after the U.S. Department of Justice (DoJ) filed charges against him for allegedly laundering funds siphoned from the fund, 1Malaysia Development Berhad (1MDB).

Last week a Malaysian court ruled for Ng to be extradited to the United States, pending an order from the home affairs ministry.

“We will carry out the extradition, but we want to make sure that this case in Malaysia will be completed first,” Home Affairs Minister Muhyiddin Yassin said on Tuesday.

Malaysia’s attorney-general had advised that Ng remain in the country until he has been tried on the separate criminal charges, he added.

“That is the advice of the attorney-general and we will likely follow it,” Muhyiddin said in an audio recording of his news conference heard by Reuters.

Malaysian authorities and the DoJ are investigating Goldman Sachs for its role as underwriter and arranger of three bond sales that raised $6.5 billion for 1MDB.

Ng was charged in Kuala Lumpur with four counts of abetting the bank to provide misleading statements in the offering prospectus for the bonds the bank helped sell for 1MDB.

The DoJ has estimated that a total of $4.5 billion was misappropriated by high-level 1MDB fund officials and their associates between 2009 and 2014, including some of the funds that Goldman Sachs helped raise.

Goldman Sachs has consistently denied wrongdoing and said certain members of the former Malaysian government and 1MDB lied to it about the bond sale proceeds.

Tim Leissner, another Goldman Sachs official, and Malaysian financier Low Taek Jho have also been charged in the United States over the scandal. Leissner has pleaded guilty.