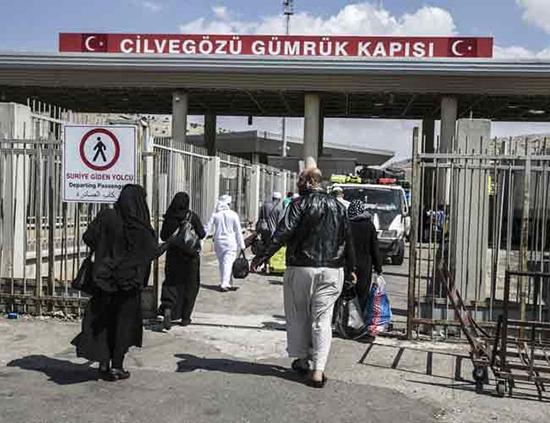 “311, 968 Syrians have returned home after the Olive Branch and Euphrates Shield operations which provided an atmosphere of tranquility and peace,” Soylu has said.

Since 2016, Turkey’s Euphrates Shield and Olive Branch operations in northern Syria have cleared a region including Al-Bab, Afrin, and Azaz from the YPG, which is the Syrian arm of the outlawed PKK, and ISIL militants, , making it possible for Syrians who fled the violence there to return home.

Syria has only just begun to emerge from a devastating conflict that began in 2011.

Hundreds of thousands of civilians have been killed or displaced in the conflict, mainly by regime airstrikes targeting opposition-held areas.
Soylu also said that Turkey hosts over 3.6 million Syrians granted international protection status.

Turkey has spent more than $32 billion from its own national resources for helping and sheltering refugees since the beginning of the Syrian civil war.

The interior minister also updated the figures for the irregular migrants held in nationwide operations this year.

Some 6,523 irregular migrants were held across Turkey in the first five weeks of 2019, he added.

Turkey has been the main route for refugees trying to cross into Europe, especially since the beginning of the civil war in Syria.

Among the migrants held in 2017 in Turkey, the majority came from Pakistan, followed by Afghans and Syrians.

The Defense Ministry said in a statement that the soldier was martyred during military activities in the area of the Operation Olive Branch, which was launched in early 2018.