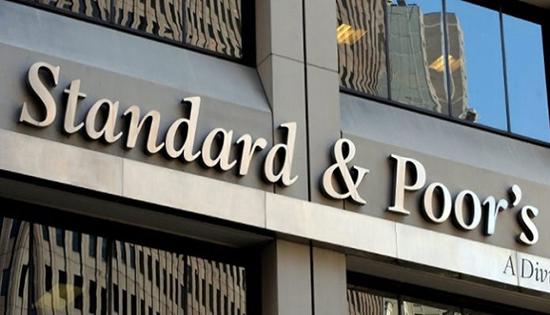 Standard and Poor’s said on Tuesday that it expects the non-performing loan (NPL) ratio in Turkey’s banking sector to double to 8 percent and that the economy is experiencing a hard landing, Reuters reported.

S&P last week affirmed Turkey’s sovereign ratings and maintained its stable outlook. It previously downgraded Turkey in August, following a sharp decline in the value of the lira, which sparked concern about the state of the banking sector.

The NPL ratio is expected to top out at around 8 percent, double its current official level, banking sector analyst Magar Kouyumdjian said during a teleconference on Tuesday.

S&P said in its report last week that the ratings could be lowered if there were signals of systemic distress in the banking system that could undermine Turkey’s fiscal position.

Turkey’s lira declined nearly 30 percent against the dollar last year, driving up prices and slowing economic growth. Economists believe the economy has been contracting since the last quarter of 2018 and is now in recession.

Maxim Rybnikov, sovereign analyst for the S&P, said the ratings agency expected the lira to depreciate steadily until 2022. Friday’s report predicted the lira would fall to 6.88 to the dollar at the end of 2022 from its current level of around 5.3.

The exchange rate, along with several other economic indicators, have partially recovered since the peak of the crisis in August, a process which the government has called a “rebalancing.”

Rybnikov said the recent reduction in Turkey’s current account deficit was not a sign of rebalancing but that the economy is experiencing a hard landing.

“Our review is that the currency crisis that took place last year is not just going to magically dissolve,” Rybnikov said. “We consider that Turkey is really going to feel the impact for some time.”