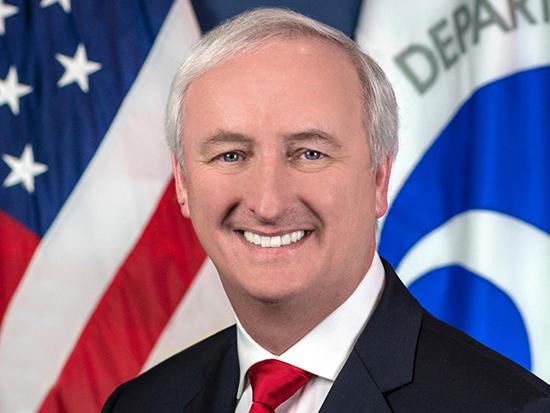 By Steve Holland and Andy Sullivan

WASHINGTON (Reuters) – President Donald Trump plans to nominate Jeffrey Rosen as the next deputy U.S. attorney general, the White House said on Tuesday night, the latest shuffle in the Justice Department at a time when it faces close scrutiny over its Russia investigation.

Rosen, currently deputy secretary of the U.S. Department of Transportation, would succeed Rod Rosenstein, who appointed a special counsel to investigate possible ties between Russia and President Donald Trump’s campaign.

Rosenstein is expected to step down by mid-March, a Justice Department official said on Monday.

Attorney General William Barr welcomed the choice of Rosen, saying in a statement that he had 35 years of experience at the highest levels of government and in the private sector.

“His years of outstanding legal and management experience make him an excellent choice to succeed Deputy Attorney General Rod Rosenstein, who has served the Department of Justice over many years with dedication and distinction,” Barr said.

Rosen’s nomination must be confirmed by the U.S. Senate.He previously served as general counsel in the Transportation Department and the Office of Management and Budget (OMB) but does not have experience as a prosecutor or Justice Department official, which is unusual for a deputy attorney general candidate.

The Justice Department oversees the nation’s law enforcement and various federal investigations, including the U.S. Special Counsel’s Office probe into alleged Russian meddling in the 2016 election and possible collusion by Trump’s presidential campaign.

Trump, who repeatedly criticized Sessions over the probe that he calls a “witch hunt,” ousted Sessions in November.

“I think it’s possible. I think that’s why we started our investigation, and I’m really anxious to see where director Mueller concludes that,” he said.

Trump has repeatedly dismissed accusations hurled at him by McCabe, who told CBS’ “60 Minutes” on Sunday that Rosenstein had discussed invoking the U.S. Constitution’s 25th Amendment to remove Trump from office in the months after Trump took power.

‘WONT’ BE PUSHED AROUND’

Rosen was nominated to be a federal judge by Republican President George W. Bush in 2008, but did not get a confirmation vote in the U.S. Senate, which was under Democratic control at the time. He was rated “well qualified” by the nonpartisan American Bar Association.

Thomas Yannucci, a partner at Kirkland & Ellis who has known Rosen since 1982, described him as an able legal administrator who will be committed to ensuring the independence of the Justice Department.

“No one’s going to push Jeff around. He’ll be committed to doing his job,” Yannucci said.

Rosen has supported Republican candidates in past elections, although he has not donated money to Trump, federal records show.

Rosen contributed $7,545 to 2012 Republican presidential nominee Mitt Romney and $100 in April 2015 to Marco Rubio, one of Trump’s rivals for the Republican nomination in the 2016 campaign.

UK to Withdraw All Its Troops from Afghanistan Amid US Pullout, Report Says