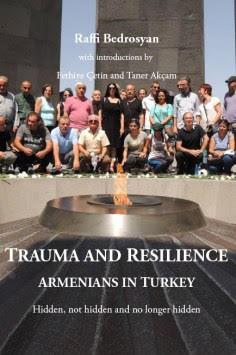 Do Turkey’s Hidden or Islamized Armenians matter to you? They do to Raffi Bedrosyan, an intrepid Canadian-Armenian, who spent over a decade championing the rights of these little known, and much misunderstood, Armenians. His foray was chronicled in several dozen articles which are now included in a full length book, disclosing details of his tumultuous journey. Congratulations Mr. Bedrosyan on your new book, Trauma and Resilience: Armenians in Turkey – Hidden, Not Hidden and No Longer Hidden.