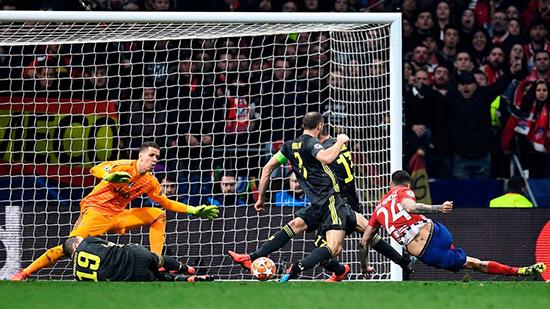 The match had appeared to be heading for a goalless draw at the Wanda Metropolitano, before Atleti defenders Gimenez (78) and Godin (83) gave Diego Simeone’s side a huge advantage heading into the second leg in Turin on March 12.

That will come as a big relief to the home team, who had earlier seen substitute Alvaro Morata’s 70th-minute header ruled out by the Video Assistant Referee for a push on Giorgio Chiellini.