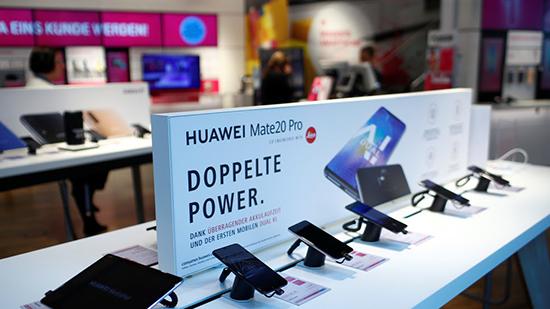 Russia   Today
Washington is riding another wave of scaremongering by warning the world about the alleged dangers posed by Chinese tech giant Huawei. However, without solid proof, the message seems more like a cover for self-interests.

Senior US officials have been urging the world to be “vigilant” over Chinese tech corporations and their communication grids, threatening to curb partnership with misbehaving allies.

US President Donald Trump and his inner circle are fixated on the idea that Chinese tech companies pose a national security threat to the United States, accusing them of spying and collecting intelligence for Beijing. As a result, Chinese tech firms – most notably telecommunications giant Huawei – have found themselves in Washington’s crosshairs.

“We want to make sure we identify [to] them the opportunities and the risks of using that equipment,” US State Secretary Mike Pompeo recently said, explaining the US’ seemingly overzealous attempts to make its European and Asian allies stop even looking in Beijing’s direction and preferably back out of telecommunications development projects with Huawei.

After months of strong words, the world has not been presented with any credible evidence suggesting that Huawei – the Chinese leading company in the telecommunications field – ever used its hardware or software to facilitate Beijing’s spying activities.

On the contrary, an international consensus has been forming over the last couple of months challenging Washington’s assertions. Just recently, Robert Hannigan, the former director of the UK’s intelligence agency, GCHQ, made it clear that no evidence of Huawei’s cyber-spying activities exists. “The key point here, obscured by the growing hysteria over Chinese tech, is that [the National Cyber Security Centre] has never found evidence of malicious Chinese state cyber activity through Huawei,” he wrote in the Financial Times.

“Assertions that any Chinese technology in any part of a 5G network represents an unacceptable risk are nonsense.”

Hannigan’s expert assessment is in sync with that of the Italian Industry Ministry, which sees no threat from Huawei’s participation in building its fifth-generation mobile phone network. “National security is a priority and if any critical issues emerged – which to date have not – the ministry would assess whether or not to take measures,” the ministry noted this month.

The German IT watchdog also noted that it found no evidence that the Chinese giant ever spied on its customers. The chief of the Federation of German Industry (BDI) issued similar reservations, saying “you need proof” before accusing Huawei of spying for Beijing.

Paris also refused to listen to the US warnings about Huawei, rejecting proposed legislation earlier this month which aimed at toughening checks on telecoms.

But some of Washington’s allies have embraced the crusade against Chinese tech. Warsaw is considering a ban on some Huawei products and called for joint EU action on the company after a Huawei sales director was detained by Poland’s internal security agency. Officials later reported that his activity was not related to the tech giant, which immediately fired him.

While largely ignored by America’s European allies, Washington’s paranoia was well received across the Pacific in New Zealand and Australia, which faithfully barred the Chinese telecom giant from assisting in developing 5G networks.

Attacking on all fronts

The US campaign against the Chinese giant is, however, not just limited to scaremongering.

Huawei, according to the US, conspired to steal T-Mobile’s intellectual property between 2012 and 2014, circumvented its unilateral sanctions on Iran – alleged wrongdoing that would certainly give Washington a formally legitimate reason to go after the company – and committed wire and bank fraud.

At the urging of the US, Canada arrested Huawei Chief Financial Officer Wanzhou Meng, the daughter of Huawei’s founder, over Iran sanctions. The move soured relations between Washington and Beijing but has so far proven to be an even bigger headache for Ottawa.

Trump has already hinted that he may use Wanzhou Meng’s arrest as a bargaining chip in the US’ prolonged and difficult trade talks with China. The two nations are already locked in what has been described as a trade war, with both imposing tariffs on one another.

Beijing has dismissed US assertions that Chinese 5G network technology presents any security risks, noting that the Huawei campaign is designed to “fabricate an excuse for suppressing the legitimate development” of the company. China maintains that Huawei is leading the development of 5G communications, while US companies are trailing behind in the competition to roll out the new mobile network technology, despite billions of dollars in investment.

“There’s no way the US can crush us,” Huawei founder Ren Zhengfei told the BBC on Monday in his first interview since the arrest of his daughter. “The world cannot leave us because we are more advanced.”

“Even if they [the US] persuade more countries not to use us temporarily, we can always scale things down a bit,” he said.

While targeting Chinese tech could be an attempt to give Washington the upper hand in its trade war with Beijing, judging from the reactions of European countries, for much of the rest of the world, it’s just bad business.