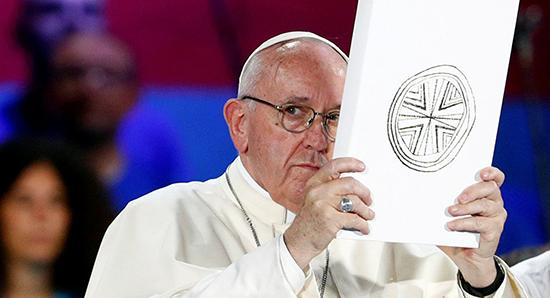 Pope Francis has warned bishops and religious superiors at a landmark sex abuse prevention summit that the Catholic faithful are demanding more than just condemnation of the crimes but concrete action to respond to the scandal.

Francis opened the four-day summit by telling the Catholic hierarchy that their responsibility to deal effectively with the crimes of priests who rape and abuse children weighed on the proceedings.

He told the 190 leaders of bishops conferences and religious orders to “listen to the cry of the young who want justice” and seize the opportunity to “transform this evil into a chance for understanding and purification”.

“The holy people of God are watching and expect not just simple and obvious condemnations, but efficient and concrete measures to be established,” he warned.

More than 30 years after the scandal first erupted in Ireland and Australia, and 20 years after it hit the US, bishops and superiors in many parts of Europe, Latin America, Africa and Asia either deny that clergy sex abuse exists in their regions or downplay the problem.

He has vowed to chart a new course and is taking the rest of the church leadership with him.

The summit is meant as a tutorial for church leaders to learn the importance of preventing sex abuse in their churches, tending to victims and investigating the crimes when they occur.

Abuse survivors have turned out in droves to demand accountability and transparency from church leaders, saying the time for cover-ups is over.

Phil Saviano, who helped expose the US scandal two decades ago, demanded the Vatican release the names of abusers and their files.

“Do it to break the code of silence,” he told the organising committee on the eve of the summit. “Do it out of respect for the victims of these men, and do it to help prevent these creeps from abusing any more children.”