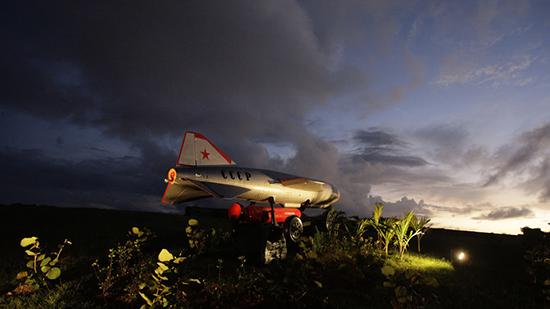 Russia  Today
If the US choses to deploy intermediate-range missiles in Europe, it would escalate the tension to a level similar to that of the 1962 Cuban missile crisis for no reason whatsoever, Russian President Vladimir Putin argued.

The Russian president met journalists on Wednesday night to elaborate on his earlier address on the state of the nation, in which he outlined Russia’s moves in response to a potential deployment of American intermediate-range missiles in Europe, among other things. Such a deployment will be made possible if US actually withdraws from the INF treaty over the next six months.

Putin argued that if both parties deploy nuclear-capable missiles in Europe, it would lead to an escalation of tensions unseen since 1962, when the US threatened to attack Soviet ships rather than allow them to deliver nuclear missiles to Cuba.

“Is there some hard ideological confrontation now similar to what was during the Cold War? There is none. We surely have mutual complaints, conflicting approaches to some issues, but that is no reason to escalate things to a stand-off on the level of the Caribbean crisis of the early 1960s,” Putin said, using the Russian term to describe the Kennedy-Khrushchev standoff.

Should such a deployment happen, Russia will have an upper hand when countering this threat, because its Avangard hypersonic gliders would allow Moscow more flexibility in deploying its own missiles due to faster travel speeds, Putin said. Russia would also create a credible threat to NATO military assets by using its submarines and warships as missile platforms.

“With speeds we are capable of, we can place our ships far away from the territorial waters or even the exclusive economic zone of a certain nation. They can be in neutral waters, far in the ocean,” he said. “Nobody can forbid naval ships and submarines to be there.”

He refrained from clarifying whether his remark during the address that Russia would target “centers for decision-making” applied to military sites on American soil. Presumably, NATO command-and-control facilities in Europe would be primary targets for such deployments.