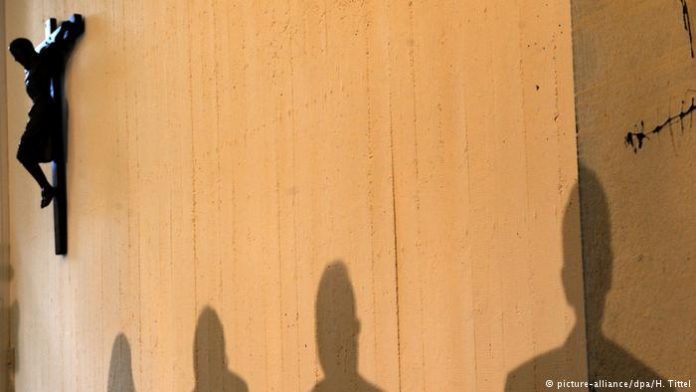 Pope Francis is set to convene a sexual abuse summit in Rome on Thursday. The string of scandals around the globe involving priests abusing children has shaken the Catholic Church to its core.

This kind of summit has never taken place before: Pope Francis has invited leading bishops from all over the world to tackle the problem of sexual abuse within the Catholic Church.

“At last!” or “far too late!” are some of the reactions that followed the announcement of the unprecedented meeting. There are multiple issues on the agenda to discuss, including the recent revelation of priests sexually abusing nuns.

Francis has already conceded that there had been grave acts of sexual misconduct perpetrated by the clergy. Here is an overview of the current scandals around the world still making headlines today:

Francis initially dismissed Theodore McCarrick from the active ministry last summer. Now the Congregation for the Doctrine of the Faith, the guardians of Catholic doctrine who also deal with crimes against faith and are responsible for dealing with cases of abuse, has found the former bishop guilty. The now 88-year-old was accused by the congregation of sexual misconduct with minors and adults in connection with an abuse of power. McCarrick was one of the most prominent and influential cardinals in the US.

In addition, McCarrick is said to have abused the sacrament of confession by luring confessors into unlawful sexual behavior. Francis defrocked him a few days prior to the abuse summit in the Vatican, the highest punishment under canon law.

McCarrick is said to have seduced seminarians, including at least two minors, into engaging in sexual acts between 1970 and 1990. But McCarrick is only one of the hundreds of clergymen on the pillory.

Experts estimate the number of victims in the US at more than 100,000. In the state of Pennsylvania alone, more than 300 priests are said to have abused children. They are said to have sexually abused thousands of minors over the past 70 years.

Allegations of abuse have now spread across the country. McCarrick’s successor to the office of the archbishop of Washington, Donald Wuerl, also had to resign in 2018. Wuerl was accused of having knowledge of McCarrick’s conduct but not doing anything about it.

Chile has been rocked by an abuse scandal in the Catholic Church for roughly a year. Investigations are underway in 148 cases against church representatives, according to Chilean media citing the public prosecutor’s office.

There are reportedly more than 250 victims. Bishops have also been accused of being involved in the scandal. Some victims have also accused the archbishop of Santiago de Chile, Ricardo Ezzati, of having known of such cases and acting to hush them up. The 77-year-old denied the accusation and even applied for the case to be dropped but in January the Chilean judiciary refused to do so. The investigation was not yet complete, ruled the judge.

Another case from the South American country traces back to Germany: Former Archbishop Francisco Cox Huneeus was accused of sexually abusing minors. The 85-year-old Chilean spent his retirement in the priestly community of the Schoenstatt Fathers’ in the southwest German state of Rhineland-Palatinate.

In 2004, Huneeus is said to have sexually assaulted a 17-year-old boy in Germany, but the incident reportedly was not enough for him to be prosecuted. Francis laicized the former archbishop in 2018 on account of sexual abuse. In mid-February, the 85-year-old Huneeus returned to Chile to face investigators.

In Germany, accounting for sexual abuse within the Catholic Church began with the revelations of the Jesuit Father Klaus Mertes, who at the end of 2010 went public with the decades-long abuse said to have taken place at the Berlin Canisius College.

The controversy led to more victims coming forward throughout Germany. Since then, a study carried out by the German Bishops’ Conference published in September estimated that between 1946 and 2014 at least 1,670 clerics abused more than 3,600 minors.

In Bavaria, the Deggendorf regional court recently sentenced a former priest to eight-and-a-half years’ imprisonment. The court found the man guilty of serious sexual abuse involving five boys in more than 100 cases since the mid-1990s. Intentional bodily harm, forgery of documents and the possession of juvenile pornography were also included in the sentence.

From 2003 to 2009, the 54-year-old was in prison for sexual crimes. Going by “Father Thomas” he later gained the trust of children in the parish of Otzing, in the district of Deggendorf. In 2008 he was dismissed from the priesthood following an ecclesiastical ruling by the court in Freiburg.

The first major reports of abuse scandals in Ireland date back to the 1990s. In 2005, an initial report revealed more than 100 cases of child abuse. In 2009, a commission appointed by the Irish government published its first comprehensive findings, the Ryan Report.

The commission revealed that children living in church institutions had been treated like prisoners and slaves. Pope Francis asked the victims for forgiveness during his visit to Ireland last year.

In Lyon, Archbishop Philippe Barbarin and six other clergymen are currently on trial. They are accused of failing to report sexual assaults in the 1970s. A verdict is to be announced at the beginning of March, but in January the public prosecutor’s office said it was unlikely the 68-year-old archbishop would be found guilty: “Some of the acts are past the statute of limitations, and for those that are not, no criminal offense can be established,” a prosecutor was quoted as saying.

The statute of limitations is a problem in many countries dealing with sex abuse scandals within the Catholic Church. Therefore, for some victims, the only hope is that the perpetrators can be tried by a church court.

In Australia, experts estimate the number of victims of sexual abuse by the Catholic Church at around 60,000 people. The incidents are said to have taken place in church facilities, schools and sports clubs. There is little information or reports from Australia on legal trials conducted against the clergy. The government has issued a gag order to media in the country over covering the proceedings. Authorities justify the move by arguing it is to protect the impartiality of the jury from being influenced by press reports. Journalists who report despite the embargo could potentially face prosecution.