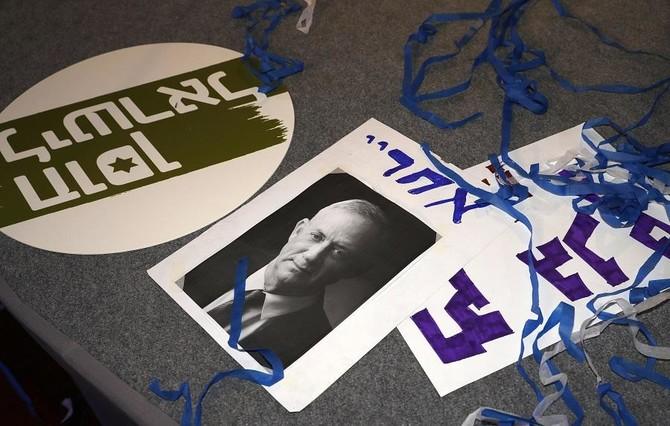 JERUSALEM: Israel’s primary centrist challengers to Prime Minister Benjamin Netanyahu have announced they are joining forces.
Ex-military chief Benny Gantz and Yair Lapid, head of the Yesh Atid party, said early on Thursday they’ll present a joint list for the upcoming Israeli elections that “will constitute the new Israeli ruling party.” In a joint statement, the two said they were “motivated by national responsibility.”
A formal announcement is expected later.
Polls suggest together the two could surpass Netanyahu’s ruling Likud to become Israel’s largest faction after the April 9 vote.
Under their unity arrangement, the two agreed to a rotation leadership under which Gantz would first serve as prime minister and would be replaced by Lapid later. In contrast to Netanyahu, they say they will “heal the divide within Israeli society.”