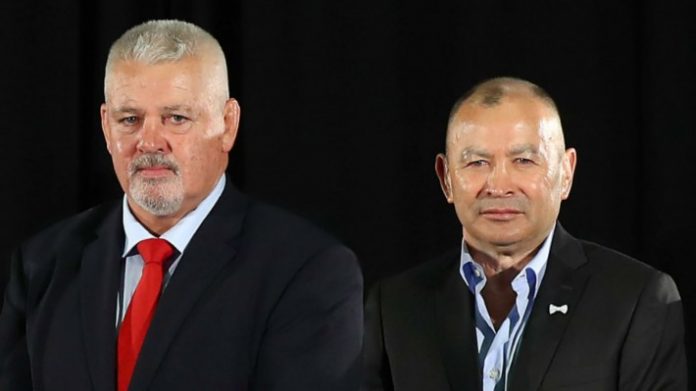 This weekend’s huge Six Nations clash has been given some added spice with reports that Wales boss Warren Gatland is in pole position to replace Eddie Jones as England rugby’s next head coach.

The championship’s top two teams go head-to-head in Cardiff on Saturday and the focus has turned away from what could happen on the pitch to what is happening off it.

With Jones’s contract as England head coach expiring in 2021 the Rugby Football Union (RFU) is starting its search to find his replacement. However, there is also a break clause in the contract should England not perform well as this year’s Rugby World Cup in Japan.

Sources have told The Daily Telegraph that Gatland has “become the front-runner” to replace Jones, although the RFU insists it has not made any approach for the New Zealander. An RFU spokeswoman said: “No conversations have been had with any possible succession candidates.”

Gatland, 55, has been in charge of Wales since 2007 and he will leave his current job after this year’s Rugby World Cup. He was also head coach of the British & Irish Lions for the tours to Australia in 2013 and New Zealand in 2017.

During his reign as Wales coach he has won three Six Nations titles, including two grand slams. Should his side beat England on Saturday Wales would be favourites to go on and win this year’s championship.

Former Wales and Lions No.8 Andy Powell believes that Gatland would be the right choice to replace Jones.

Speaking to the Telegraph, Powell said: “I think Warren would probably be even better than Eddie Jones. He has coached Wasps before and has been around the English players with the Lions and I think the RFU would love him.

“I can see it happening. He is a clever guy and knows when to go and I think it is the right decision to make a change. He has done so much for Wales and I believe he can win the World Cup in Japan this year.”

Mixed reactions to the Gatland rumours

Following the Telegraph’s story about Gatland being the favourite to replace Jones, the Rugby Pass website reports that England fans have given a mixed reaction to the speculation.

Rugby Pass writer Josh Raisey said: “Despite his impressive record, the majority of England fans seem very unenthusiastic about this possibility. Gatland has garnered a reputation of being quite a defensive coach over the years, playing a direct style of rugby reliant on powerful forwards and backs.

“While it has not inspired many, it has undoubtedly brought results. However, Gatland has not done enough during his decade with Wales to win over the English fans.”