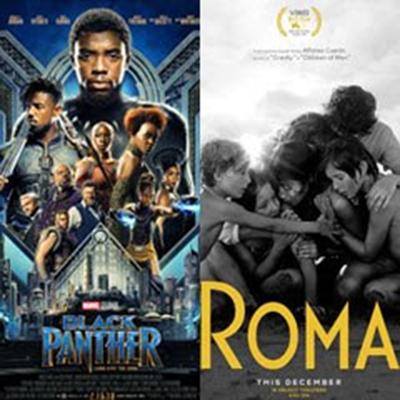 The Oscars are nigh and the prediction game is in full swing, but there is usually a bit of mental gymnastics when filling out the requisite Oscar office pools: the space between who should win at Sunday’s Academy Awards and who seems most likely to actually take home Oscar gold. Ahead, a breakdown of who truly deserves Hollywood’s highest honor . . . and those who will inevitably win.

Who should win: Glenn Close, for a few reasons. One: She’s Glenn Close. Two: Ridiculously, she’s a seven-time Oscar nominee who has never won. But also: The Wife is Close at her finest and most bewitching; she not only steals every scene with her quiet rage but carries the film on her almost eerie talent.

Who will win: All is right in this category, as a path paved with Golden Globes, SAGs, and one Critics Choice Award (shared with Lady Gaga) is leading Close to a long-overdue Oscar moment. It’s happening. (Sorry, Little Monsters.)

Who will win: All signs point to the Academy being in the thrall of Bohemian Rhapsody star Rami Malek . . . and his fake teeth.

Who should win: One of this awards season’s chronically underappreciated performances: Rachel Weisz, who kills it in The Favourite, including, but not limited to, being dragged from a horse and telling Nicholas Hoult that he smells like “a 96-year-old French whore’s vajuju.”

Who will win: Regina King, which will feel triumphant and satisfying because King is resplendent and has been for a very long time, and she makes a supporting role in If Beale Street Could Talk feel superbly meaty. Not to mention that, as per her track record, King gives good speech.

Who should win: The much-loved Richard E. Grant (who has been in everything from Girls to Game of Thrones to Downton Abbey and beyond) for what one critic called his “gleeful turn as a dimwitted but high-spirited end-of-the-line party boy” alongside Melissa McCarthy in Can You Ever Forgive Me?

Who will win: It’s hard to argue against Mahershala Ali, the saving grace of Green Book, who makes everything he does better with his presence.

Who should win: Never mind that BlacKkKlansman is an under-loved wonder. This is Spike Lee’s first Best Director Oscar nomination. First! You read that right, and it’s blasphemy. Can he get this one and at least two more in back Oscars? An honorable mention goes to a big snub in this category—no, not Bradley Cooper but Ryan Coogler, the mastermind behind Black Panther.

Who will win: Roma’s Alfonso Cuarón, the auteur with whom the Academy has a longtime love affair (Y Tu Mamá Tambien, Children of Men, Gravity).

Who should win: In any other year, Kendrick Lamar and SZA’s “All the Stars” would have it in the bag, and Lamar would be well on his way to a PEGOT (Pulitzer, Emmy, Grammy, Oscar, Tony). But . . .

Who will win: Lady Gaga for “Shallow” because the gravitational pull is just too strong to acknowledge A Star Is Born in some capacity, and this is the most sensible spot for the Academy to do it. And because, in all fairness, “Shallow” took over the world for a stretch, earning its place in the 2018 time capsule.

Who should win: The intensely charming and purely delightful Mister Rogers documentary Won’t You Be My Neighbor?, which, tragically, wasn’t even nominated.

Who will win: The odds are on Free Solo, National Geographic’s stomach-drop-inducing look at solo mountaineer Alex Honnold’s climb of Yosemite’s El Capitan rock . . . without a rope. Certified 98 percent fresh on Rotten Tomatoes—and a feel-good movie that everyone can get behind.

Who should win: Black Panther defined the culture, was critically beloved, made all the money, and (here’s hoping) shifted the Hollywood paradigm. It deserves much more than a courtesy nod—and will be the true winner in many hearts.

Who will win: Roma, because the Academy has already fallen for Cuaron’s black-and-white bildungsroman—and it’s one that touches on race, class, and culture, too.