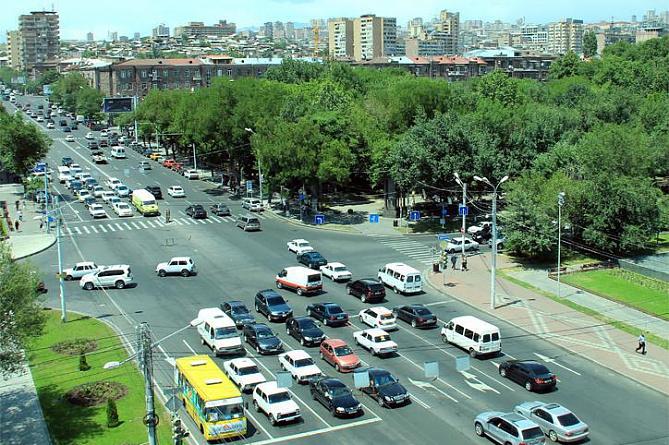 YEREVAN, February 21. /ARKA/. One of the major issues, discussed today by representatives of public organizations and a deputy mayor of Yerevan Hayk Sargsyan, was about depreciated elevators in the high-rise residential buildings, the bulk of which need to be replaced.

Sargsyan said the city administration will have to find financial resources to resolve this problem. He said a specific plan of actions will be drawn up to address the problem. He said the modernization of the elevators requires about 25 billion drams (about $51 million), but the city budget does not have this amount and will ask the government and the private sector to provide additional funds.

Earlier the Yerevan Municipality said that in conjunction with the Asian Development Bank it was conducting a feasibility study of multi-apartment elevators in Yerevan to prepare a package of reforms.

The deputy mayor said also the municipality was considering the issue of about six thousand blocks of apartments of varying degrees of dilapidation, many of which are five-story buildings built in the 1960s and 1970s.

According to Sargsyan, in Yerevan there are about 60 thousand above-ground garages, of which about 30-35 thousand were built without permission.

“Legislative mechanisms are needed to help resolve the issue of” illegal “garages and other illegal buildings,” he said.

At the same time, Sargsyan noted that at this stage, the mayor’s office is not considering the issue of replacing ground garages with underground parking lots.

“Building underground parking lots requires huge financial resources that are not currently in the budget. There are also no plans to reduce the number of legally built garages, as they are privately owned,” he said.