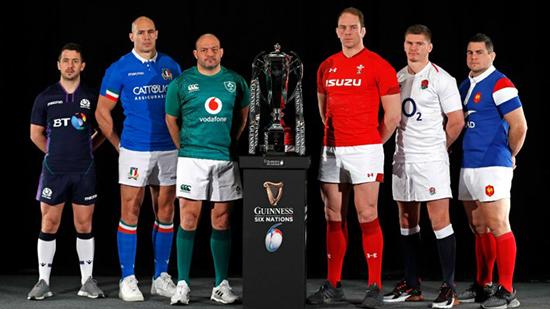 The teams are confirmed for Saturday’s Six Nations clashes

France, Scotland, Wales and England have named their starting XVs and replacements for this weekend’s Six Nations championship fixtures.

In the first match on Saturday 23 February France will host Scotland in Paris (2.15pm) and later that afternoon Wales and England, the two remaining unbeaten teams, go head-to-head in Cardiff (4.45pm).

On Sunday 24 February Italy host Ireland at the Stadio Olimpico in Rome (3pm). They will name their teams on Friday at 1pm.

Here we look at the match details, starting XVs and TV guide for the Six Nations round three fixtures. Match betting prices according to Oddschecker (as of 21 February).

Scotland coach Gregor Townsend has also made four changes to his team, who are looking for a first win in Paris since 1999.

Captain Alun Wyn Jones returns to the Wales side for the crunch clash against England in Cardiff.

Wales coach Warren Gatland has named Gareth Anscombe at fly-half instead of Dan Biggar while Gareth Davies is also recalled. Lock Cory Hill comes into the team in place of Adam Beard.

England head coach Eddie Jones has made two changes to his side. Prop Ben Moon comes in for the injured Mako Vunipola while Jack Nowell is named on the wing in place of Chris Ashton. Winger Joe Cokanasiga and flanker Brad Shields are on the bench.