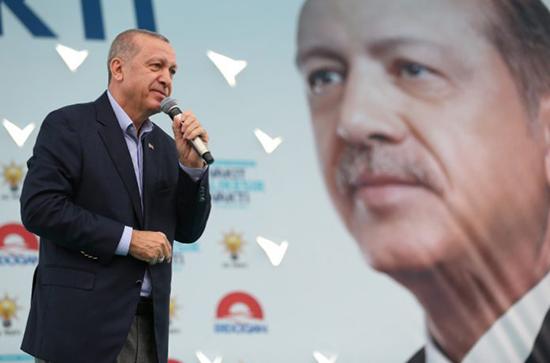 Turkish President Recep Tayyip Erdoğan on Thursday said opposition parties that formed an alliance for upcoming local elections had turned over control of the alliance to terrorist groups, namely the Gülen movement and the outlawed Kurdistan Workers’ Party (PKK).

Legislation passed by the Turkish parliament in March 2018 allowed political parties to form alliances in elections, a regulation drafted by the ruling Justice and Development Party (AKP) and its ally the Nationalist Movement Party (MHP).

The Republican People’s Party (CHP), İYİ (Good) Party and Felicity Party (SP) will support each other’s candidates in some cities and districts in local elections slated for March 31.

These parties formed an alliance, called the Nation Alliance, for the presidential and parliamentary elections on June 24 against the AKP-MHP alliance, the Public Alliance.

However, Erdoğan accused the Nation Alliance of garnering support from the pro-Kurdish Peoples’ Democratic Party (HDP), saying the HDP has been representing PKK militants in politics.

“Will my people ever vote for a candidate supported by terrorist organization?” Erdoğan said at a rally in Denizli province.

“The CHP leader fails to tell people that they don’t need the support of terrorists,” he added.

The HDP on Jan. 28 announced that they would not field candidates for the March 31 mayoral elections in the metropolitan cities of İstanbul, Adana and İzmir, a move that was interpreted as implicit support for the opposition alliance.

Erdoğan also criticized the İYİ Party for nominating a politician who was the subject of an investigation for alleged ties to the Gülen movement, for one of Ankara’s districts.

The Turkish government accuses the movement of orchestrating a 2016 coup attempt, although it strongly denies any involvement.