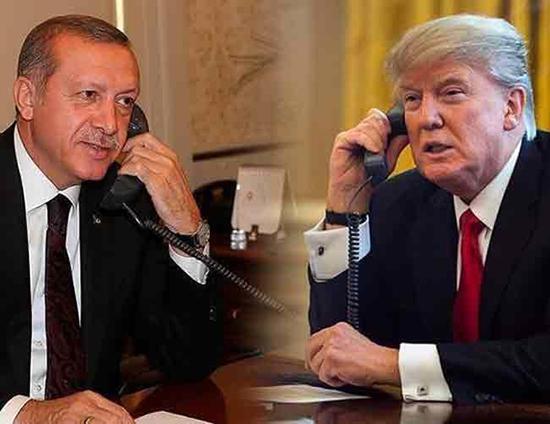 The two leaders agreed that the withdrawal of U.S. troops from Syria should be carried out in line with common interests, stressing the need to support the political process in the war-torn country, according to Turkish presidential sources.

They reiterated their countries’ determination to fight all forms of terrorism.

They also agreed to further enhance economic relations, setting a goal of $75 billion in bilateral trade.

The White House said separately in a statement that Erdoğan and Trump agreed to continue coordinating on the creation of a potential safe zone in northern Syria.

It also noted that Acting Defense Secretary Patrick Shanahan and Joint Chiefs of Staff Chairman Joseph Dunford would host their Turkish counterparts within the week for further talks.

Syria has only just begun to emerge from a devastating conflict that began in early 2011 when the Bashar al-Assad regime cracked down on demonstrators with unexpected ferocity.

Last December, Trump made a surprise announcement that the U.S. would be withdrawing all of its troops from Syria and said ISIL had been defeated in the country.

Armenia ratifies International Convention against the Recruitment, Use, Financing and Training of Mercenaries