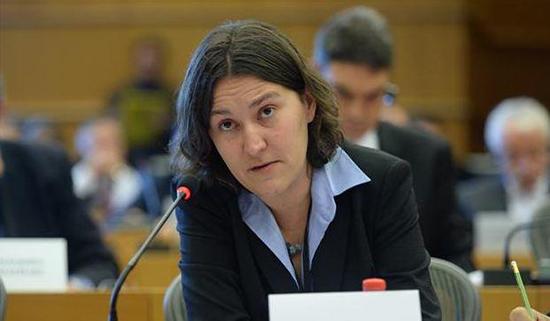 Turkey’s Foreign Ministry has condemned a vote by the European Parliament’s Foreign Affairs Committee calling for the suspension of EU accession negotiations with Ankara.

“It is absolutely unacceptable that the non-binding, advisory draft report is calling for a total suspension of our accession talks to the EU,” Foreign Ministry spokesman Hami Aksoy said in a statement.

The Foreign Ministry called for a revision in the European Parliament’s Turkey report, being prepared by EU’s Turkey rapporteur Dutch MP Kati Piri and was adopted by the foreign affairs committee on Feb. 20, before voting in the parliament’s general assembly.

That will be the only way that Ankara will pay regard to the report, the spokesperson said.

“We expect the final report to be approved in the EP General Assembly in March to be more realistic, objective and encouraging by making the necessary corrections,” read the statement.

Turkey is committed to an EU accession process and sustaining reform efforts in this way, said the spokesperson.

“First of all, we want it for our people who deserve the highest standards. Turkey needs the way to be paved for the accession process, not the suspension of accession negotiations. The accession process is in the interest of both the EU and Turkey,” said Aksoy.

In this context, Ankara expects the EU and the European Parliament, where the EU population is represented, to adhere to the contractual obligations toward candidate country Turkey, according to the statement.

The Foreign Affairs Committee called on the European Commission and member states on Feb. 20 to formally suspend EU accession negotiations with Turkey, citing disregard for human rights and civil liberties, influence on the judiciary, and disputes over territory with Greek Cyprus and other neighbors.