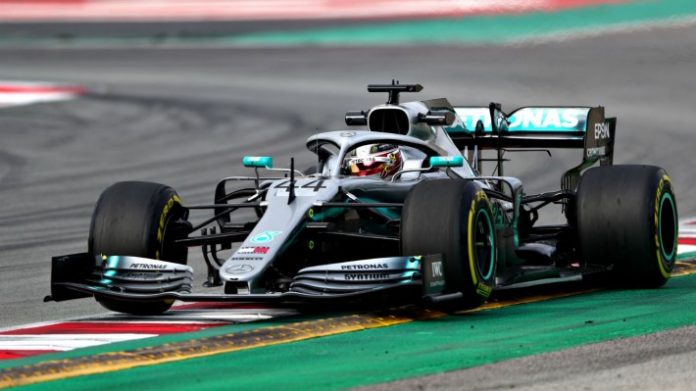 Mercedes driver Lewis Hamilton will go into the 2019 Formula 1 season aiming to win a sixth career world championship but the British star has predicted that this year could be the most challenging yet.

Although Mercedes have won the championship double for the past five seasons Hamilton believes that their title rivals will pose a bigger threat in 2019.

Quoted by Sky Sports the 34-year-old said: “It’s crazy to think I’ve had six years with the team, it’s exciting, but this is going to be the most challenging year of our partnership. So it’s super exciting. I still love racing so nothing really changes there.”

Earlier this week Ferrari driver Vettel said that testing in the new SF90 had been close to “perfection”, ESPN reports, and in reply Hamilton said: “That’s good for him. They have been looking great. I don’t think you can put a figure on it, but Ferrari are very, very strong right now as you have seen.

“They are racking up great mileage as well – it appears that they have a better package than they had last year, which means it is going to be even more of a challenge for us this year.

“For us it has just been about digging deep and trying to understand the car, so pretty much the same as the beginning of every year.”

Bottas: Ferrari a bit ahead

Speaking in Barcelona the Finnish driver told the Daily Mail: “Ferrari do seem very strong. We feel at this point they’re going to be a bit ahead. No matter which kind of fuel load or engine modes they’re running, they have been quick, both in their short runs and long runs, too.

“With the new rules it is going to be a big development race, but we do need to try and make our car better and quicker.”

After missing the opening two days of the first pre-season test in Barcelona Williams Racing deputy team principal Claire Williams has admitted that the situation has been embarrassing.

Speaking to the BBC, she said: “It’s not a situation that we anticipated, or that we ever wanted to find ourselves in.

The first pre-season test at the Circuit de Catalunya ends today. The ten F1 teams will return to Barcelona for the second pre-season test from Tuesday 26 February to Friday 1 March.

The first grand prix of the 2019 F1 season will take place in Australia on Sunday 17 March.