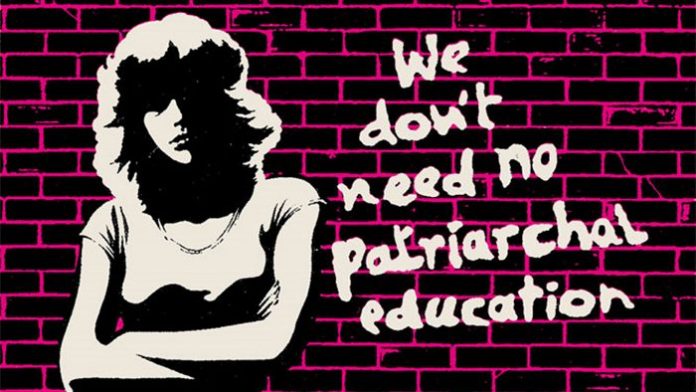 In many respects, the development of feminist and gender scholarship in the discipline of IR is nothing short of a success story. Since the 1990s, when feminist work had a major break-through in the field, much has happened to IR. There are now multiple robust research agendas on gender in international politics, and these have been institutionalized in the discipline. The International Feminist Journal of Politics will turn 20 years this year, serving as a hub for much of the large body of gender scholarship that has emerged in IR and beyond. A range of IR journals, including high impact journals such as the European Journal of International Relations, International Political Sociology and Security Dialogue regularly publish articles on gender in international politics. The number of sections, panels and papers on gender at the major IR conventions is impressive. In addition to attending to gender as a crucial and often central dimension in international politics, IR is more diverse and more inclusive as a result. This is something to celebrate, a reason to feel optimism about disciplinary developments.

That said, I can’t help but also worry about certain developments with respects to gender in the discipline. I struggle to represent this worry properly, as I am well aware that one’s view on disciplinary developments is a function of where one sits within the field. Also, much has already been said over the years about the (lack of) integration of feminist work in the broader discipline. What this short text offers are some brief reflections on what I see as worrying contemporary trends with respect to how gender is integrated into IR, followed by three simple suggestions for how to avoid masking or writing gender out of scholarly analyses.

In simple gloss, my concern is this: although feminist/gender scholarship has made it into most disciplinary conventions and publication venues, too much IR scholarship proceeds without paying any attention to feminist work whatsoever, going on as if gender were not a fundamental dimension of international politics. The problem is not that individual monographs or specific authors ignore gender. No single author or piece of scholarship can cover everything. My work is as limited as anyone else’s, and I certainly don’t cover all relevant dimensions of the issues I research. Rather than a problem of individual scholars or particular pieces of scholarship, this is a problem that concerns the more general direction of whole research agendas. To give a few examples, too much work on status seeking, diplomatic practices, imperialism and the global emergence of capitalism is essentially silent on the importance of gender.

I find this truly puzzling. Gender is so fundamental to human relations that it is difficult to find a single institution, process or relation that is not at least partly gendered. There is furthermore so much readily available feminist scholarship to borrow from, within IR, but also within history, sociology or gender studies. And yet in too much otherwise fabulous work, it is as if gender is irrelevant. I honestly can’t wrap my head around it.

Clearly, not all scholarship has to make gender central all the time. No work can do everything. But it is also not sufficient to separate out and leave gender to “feminist scholarship” or “the gender chapter” at the end of an edited volume, as if gender were a distinctive subfield within IR of little relevance to anyone else. To properly understand processes and practices of state-formation, diplomacy, empires, revolutions or capitalism, gender analyses need to be woven in, at least some of the time. But this rarely happens. Instead, gender analyses tend to appear separately and in parallel, as if only of importance to those specifically interested in gender.

I worry about the implications of the parallel status of gender analyses for how IR develops ahead. What lessons do PhD-students learn when so many agenda-setting scholars in IR write about issues and processes of major importance without any attention to gender? If gender is made invisible in hot new research agendas, written out of widely read and award-winning publications, then many students and other readers are given the impression that gender does not matter to major global developments. They are likely to come to the conclusion that there is little to learn about what they might consider to be “core” disciplinary concerns from the thriving but parallel universe of feminist work inside and outside IR.

I also worry about the implications of the parallel state of feminist IR scholarship in the face of the intensifying attacks on gender studies more broadly. Various actors – ranging from far right populists to the conservative wing of the Catholic Church and academics speaking in the name of True Science – are gaining force in their claims that gender scholarship is an “ideologically driven pseudo-science” that should be purged from academia (see e.g. Kuhar and Paternotte 2017; Lilleslåtten 2018; Redden 2018; Sørum 2018). Anti-gender forces are on the rise around the world, and gender scholarship is on their agenda. Feminist scholars are subjected to threats and are expressing fear and anxiety not only about their funding sources and institutional platforms, but at times also about their personal safety (see e.g. Elbied Pettersson 2018; Evans 2019; Redden 2018). In fact, as I was writing this piece, what turned out to be a fake bomb was placed at the door of the Swedish Secretariat for Gender Research at the University of Gothenburg (Expressen Dec 18, 2018). As I was revising it, gender studies was referred to as “ignorant fanaticism” by a columnist in Sweden’s largest daily paper (Shachar 2019). In Sweden, where I am based, the main science policy aim of the ethno-nationalist party Sweden Democrats (SD) is to get rid of gender studies (Towns et al 2014; Barkeman 2018). The amount of ridicule and vitriol directed at gender studies by SD supporters in social media is shocking. Perhaps even more worrying, the way the SD targets gender scholarship and the very idea of gender as a social institution gathers force from ideas that are in transnational circulation, ideas which resonate beyond the party base and which are reproduced and disseminated by many other actors, including some in academia (see e.g. Kuhar and Paternotte 2017; Matthews 2018).  I worry that when gender scholarship is separated into a parallel world, cutting funding and institutional support is made easier. It might be more complicated to single feminist scholarship out for attack if gender analyses were more integrated into the rest of the discipline, legitimized as a natural part of research agendas that are more readily accepted as central to international politics.

So what might be a way forward? What it means to study gender is far from self-evident, as decades of feminist theorizing attests to. Shifting gears towards integrating an ambitious gender analysis into an ongoing research agenda is not practically feasible for most scholars. However, all scholars can take steps to ensure that their work is not silent on gender and that it doesn’t inadvertently mask the relevance of gender. I will thus end by providing three simple practical suggestions for how to make one’s writing a little more gender inclusive, at different levels of ambition.

There are additional easy ways to open up space for the inclusion of gender analyses. If you serve as a section chair or conference organizer, be sure not to automatically organize all papers that deal with women and/or gender into separate “gender panels.” Ask yourself: do these papers warrant a panel of their own, or are they better placed in conversation with other papers that deal with diplomacy/imperialism/state-formation/militarism/etc? If you are editing a volume, rather than include one separate chapter on gender and letting everyone else off the hook, consider also asking all the contributors to integrate some gender dimension in their analyses.  With just a little bit of effort, the rote tendency in much of IR to separate out (and ignore) gender can be turned around.

This is an adapted version of my address on the opening plenary of the annual convention of the European International Studies Association in Prague, Czech Republic, September 2018. I am grateful for helpful feedback from Paul Beaumont, Helen Kinsella and Maria Stern on earlier versions of this text.

Barkeman, Eva (2018) “Vilken är den viktigaste forskningspolitiska frågan?” (“Which is the most important science policy issue?”) Curie May 8, 2018 at https://www.tidningencurie.se/nyheter/2018/05/08/vilken-ar-den-viktigaste-forskningspolitiska-fragan-2/

Evans, Jennifer (2019) ”The new war on gender studies” The Conversation Jan 6, 2019 at http://theconversation.com/the-new-war-on-gender-studies-109109Haraway, Donna (1988) “Situated Knowledges: and the Science Question in Feminism and the Privilege of Partial Perspective” Feminist Studies 14(3): 575-599.

Sørum, Benedicte (2018) “Taking up the fight against right-wing populism: “We must keep gender in EU research” Kifinfo Dec 3, 2018 at http://kifinfo.no/en/2018/11/taking-fight-against-right-wing-populism-we-must-keep-gender-eu-research?fbclid=IwAR0BawfgeLrlsXwMiOQAK1pTw_fXEtMxTj9-CTURtvPtLVgfZDPiLnz7Q_c

Towns, Ann, Erika Karlsson and Joshua Eyre (2014) ”The equality conundrum: Gender and nation in the ideology of the Sweden Democrats” Party Politics 20(2): 237-247.

Beijing has a navy it doesn’t even admit exists, experts say. And it’s swarming parts of the South China Sea