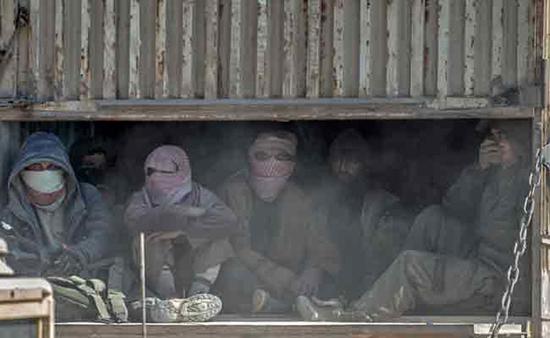 Remaining civilians are expected to be evacuated from ISIL’s final enclave in eastern Syria, the YPG said, clearing the way for them to wipe out the last vestige of jihadist rule that once straddled Syria and Iraq.

Turkey considers the YPG as the Syrian branch of the PKK, which it lists as a terrorist organization.

Iraqi sources said the YPG, which has besieged the last ISIL enclave near the Iraqi border, handed over more then 150 Iraqi and other foreign jihadists to Iraq on Feb. 21, under a deal involving a total of 502.

The village of Baghouz at the Iraqi border is the last scrap of territory left to ISIL in the Euphrates valley region that became its final populated stronghold in Iraq and Syria after a series of defeats in 2017.

Taking it will nudge the eight-year Syrian war towards a new phase, with U.S. President Donald Trump’s pledge to withdraw troops leaving a security vacuum that other powers are seeking to fill.

Though the fall of Baghouz marks a milestone in the campaign against ISIL and the wider conflict in Syria, ISIL is still seen as a major security threat.

Many of the people who left the enclave in civilian convoys have been Iraqis, some of whom said they had crossed from Iraq into Syria as Iraqi government forces made gains against ISIL on the other side of the frontier.