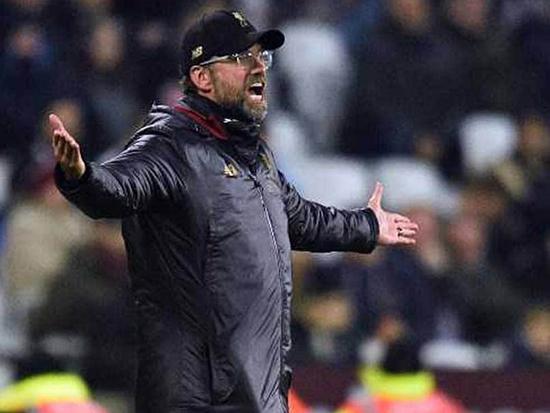 Liverpool manager Jurgen Klopp was fined £45,000 ($59,000) by the Football Association on Thursday for suggesting referee Kevin Friend had favored West Ham in his side’s 1-1 draw at the London Stadium earlier this month.

Klopp, whose side are currently second on goal difference in the Premier League behind Manchester City, said he thought Friend realized he should have ruled out Sadio Mane’s 22nd-minute opener as James Milner was clearly offside in the build-up and tried to make up for it over the remainder of the game.

“Jurgen Klopp has been fined £45,000 after accepting an FA charge for comments made following Liverpool’s league game against West Ham United on 4 February 2019,” the FA said in a statement.

“His comments made during a post-match interview breached FA Rule E3(1), as they questioned the integrity of the match referee and/or implied bias.”

In December Klopp was fined £8,000 after he charged onto the pitch to hug goalkeeper Alisson Becker following his side’s late derby win against Everton at Anfield.